Panasonic has unveiled the Panasonic HX-A1 action camera which when combined with an infra-red torch has the ability of capturing video in total darkness and users whose best action takes place in the dark could now have the opportunity to capture them all on video with the first action camera having a night vision mode. The feature of the Panasonic HX-A1 is the latest `O Lux Night Mode’ that enables recording footage in complete darkness, with the use of the external infrared light source and an IR filter that is included with the Panasonic HX-A1.

It enables users to capture video in darkness like exploring caves without any lights or filming wildlife in the forest.Doug Campbell, Panasonic Australia senior product manager, commented that one of the most likely uses for night vision mode was to capture the behaviour of nocturnal animals.

He said that when they had started thinking of scenarios for night vision, the first thing which came to mind was wildlife.The camera is said to be controlled through three buttons on the top and though it lacks the kind of connected external screen similar with the HX-A500, built in Wi-Fi would mean that the users could check in the angle of the shots or review the footage on their smartphone. Panasonic Image app also enables direct sharing to Facebook, YouTube, Twitter or Flickr. 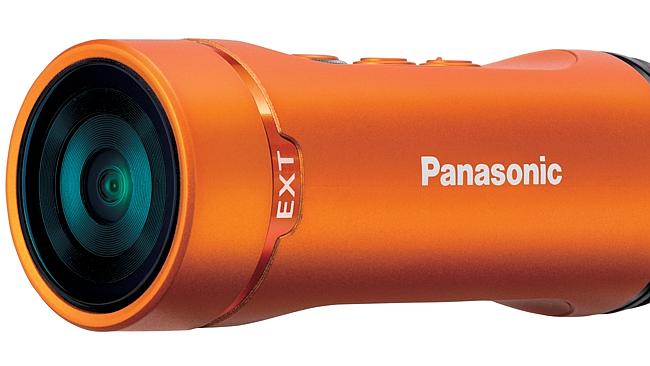 Wi-Fi capabilities of the Panasonic HX-A1 would mean that it could be utilised in combination with some of Panasonic’s 2015 camcorder range as a wireless twin camera enabling footage of the two cameras to get easily merged with a single display in a sub-window. This can be used to show a POV shot simultaneously, at the same time as the other footage. Besides this, it can also be connected to a computer through a USB and used as a webcam.

The Panasonic HX-A1 will probably be on sale in late June at $299 which seems like a small torch and unlike some of the action cameras, tends to be waterproof to 1.5, shockproof as well as dust proof excluding the need for extra casing. Unlike the top of the line unit from segment leader GoPro, Panasonic action camera does not shoot 4K video but shoots Full HD 1080p video at 30 frames a second.The Panasonic HX-A1 measuring 83.1 mm long with a maximum 26 mm diameter and weighing 45 g, will be one of the smaller action cameras. Its shape also makes it sleeker and better for mounting as a wearable than rectangular device like the GoPro. 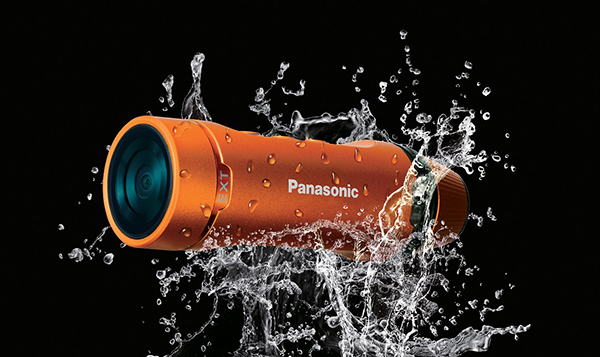 There is a 1/3 inch effective 2.8 megapixel MOS sensor within, which is paired with a 2.6 mm F2.8 lens to provide a view of around 19mmequivalent. With recording to a micro SD card, the HX-A1 tends to shoot Full HD 1080p video at 30 frames per second and HD 720p footage at 60 frames per second. Slow motion recording, 848 x 480 footage can be done at 120p frames per second, besides which there is also a loop recording mode and can also shoot 2.7 megapixel JPEG stills.

Moreover it can be paired to a smartphone with Wi-Fi as well as an optional battery extender which could provide battery life of up to 2 hours and 45 minutes. Panasonic has also unveiled the Lumix DMC-G7, which is a compact system camera with a 4K burst mode, created to capture action. When one hits the shutter button, in the pre-burst mode in 4K, the camera captures 30 frames per second prior and after the shutter burst in order, so that the user gets a better chance of not missing the right moment.

The 4K burst mode enables you to hold the finger on the shutter button for around 30 minutes, shooting 30 frames per second the whole time. The DMC-G7 will be made available in late June starting at a price of $899 only for body and will be ranging up to $1499 together with a 14-140mm lens kit.

Bundled with Multi Use & Tripod Mount

Panasonic latest action camera in the form of compact and wearable HX-A1 does away with cable connected screen and recording unit with a self-contained cylindrical device, roughly the shape and size of a Cuban cigar and the tough compact case holds everything needed to record Full HD point of view footage.

It will undercut the GoPro Hero 4 and Sony’s top Action Cam cameras which will put it in competition on price and features with the Sony HDR A520. The Panasonic HX-A1 comes bundled with Multi use and Tripod mount together with a range of various mounts and includes the usual head, suction cup as well as handlebar offerings. It also has an interesting twin mount which could hold two cameras for shooting in opposite directions or a camera and infrared light. It would be made available in the choice of colours of fluorescent orange and satin black from June.