The Chinese drone company DJI recently released a video showcasing its Phantom X Concept drone, which is a flying robot loaded with several types of inspiring inventions stating that its futuristic drone would be capable of sky paint, controlled with an all gesture interface. The Phantom X Concept is yet much of a concept though the video portrays the company’s vision of its plan to take the drone technology in the future. DJI’s global director of communication, Adam Najberg, told Tech Insider that `the video was a good answer to both and a look at how we think. We always tend to look into the future to find new and creative ways of using technology’. The concept which is talked up by Chloe Bennet from Marvel’s Agents of S.H.I.E.L.D in the promo clip has also been supported by bosses from Pinterest and Adobe as well as Dana Brunetti, the House of Cards producer, in the video. Consumer drones seems to be getting more reliable though they have a chance of crashing and running into objects. Though in the video DJI portrays its Phantom X Concept voyaging through the air, effortlessly avoiding all difficulties in its way. 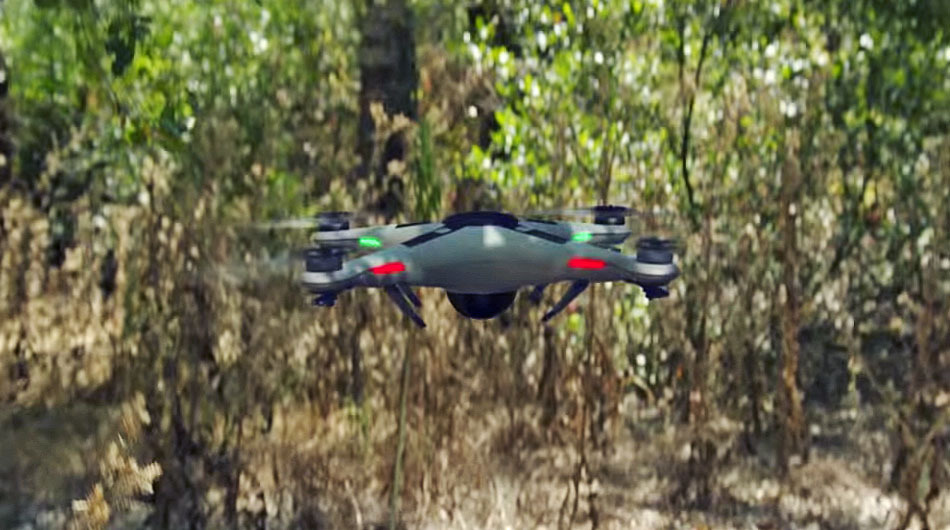 Drones to Use Recognition Technology to Track Objects

However, a flying autonomous drone with the potential of avoiding obstacles may envisage far-fetched and recent study shows it could become a reality very soon. MIT’s Computer Science and Artificial Intelligence Lab – CSAIL, had earlier revealed that it had created technology which permits drones to fly autonomously at 30 miles per hour without colliding into obstacles. Presently some of the consumer drones tend to follow users autonomously if the person that is being tracked has their smartphone linked to the drone. In the future, however, drones will use recognition technology in order to track objects. Currently, most of the consumer drones take off from the ground though DJI envisages that users eventually would be capable of tossing a drone in the air like a boomerang where the device would just take off. DJI showcased a feature known as `Sky Paint’ in the video which aids users to utilise the drone as a paintbrush in the sky. Several drones could be controlled at the same time through gesture control permitting the user in creating a piece of art in the sky.

DJI’s Phantom X Concept Drone has a feature known as Multi-cam that users could utilise in order to link up several drones for multi-angle shooting. A pair of drone which could be computer generated can be seen skywriting by being controlled using gloves on the hands. It is not known how much work has been carried out by the company on the Phantom X Concept Drone but has recommended numerous other features which would change how commercially available drone would be utilised. The other features recommended by the Chinese drone company comprise of object tracking, multi-angle video shooting as well as ways of avoiding obstacles for the drone. It does not seem to be the first time that several of these features have been projected and most of them have already been established by DJI’s opponents. Researchers at MIT have invented a drone which can dodge through trees while travelling at speeds of 30mph. The Lily is a drone which can be thrown in the air with all the others following you around.