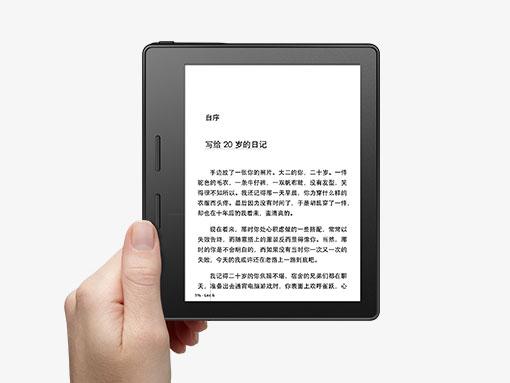 Jeff Bezos, founder and CEO of Amazon had announced on Twitter recently that an `all-new top of the line Kindle’ was almost ready and more details would be coming up very soon.  Images apparently portraying the new device called the Kindle Oasis had been posted all across the web, including on Canadian site of Amazon as well as Chinese online marketplace Tmall. The design of Oasis is said to be a bit different from the earlier Kindles and has a huge wedge on one side that tends to look like it could make the device easier to hold with one hand.

Towards the front of the device, on the same side of the wedges have two vertical buttons that can be used to turn pages.  A weight sensor which is built in the device seems to rotate the screen automatically based on which way it is held. As per translations of the Chinese promotional images that were posted on Reddit the Oasis is said to weigh only 131 grams, seemingly 20% lighter than the earlier versions.  Moreover it is only 3.4mm thin at its thinnest point and on the wedge side it is 8.5mm. 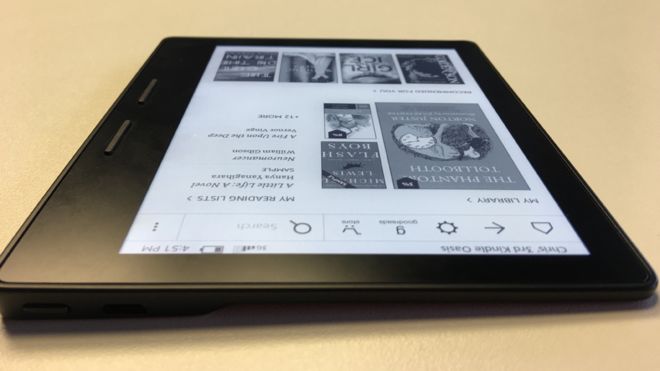 It also features a high-definition 300ppi display which is the same as the Kindle Voyage and a sturdy battery in the wedge which tends to provide abundance of reading time. With the leather charging case, the battery life could be extended much further which could superficially provide the Oasis months of power. Besides this, the case also tends to bring in a new sleep mode which could be turned on and off by just flicking the cover open, like a real book.

The two batteries tend to work together like the Apple’s iPhone charging case, by charging at the same time when it is plugged in and only utilising the power of the case when out and about. No details regard the price has been disclosed so of now but the Canadian site of Amazon has listed it at $999.99.  Since Amazon has not commented on rumours, it is not possible to be sure whether the images seems to be the real deal or not. 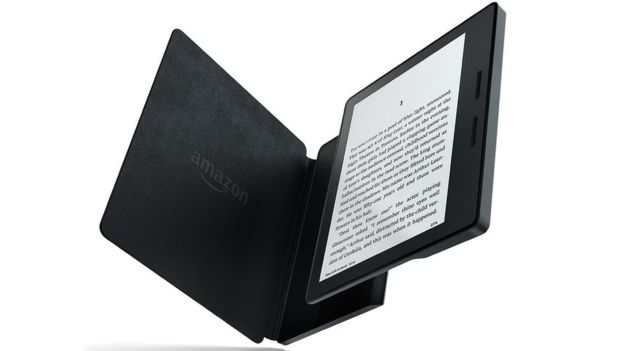 Oasis First Kindle to Have an Accelerometer

But the fact that they are listed on the official site of Amazon seems to give a lot of credibility and as reported by Motherboard, the Kindle Oasis.com domain is maintained by Brilliance Publishing, which is an Amazon-owned company. The device is also said to be the first Kindle to have an accelerometer which means that it tends to sense when the Oasis is flipped over and changes the orientation of page accordingly.

The programmable hardware buttons for turning pages also seem to change orientation when that occurs so that the readers who have set the top button to page forward for instance tend to continue to use the top button for that purpose.  The device utilises an upgraded form of front-lit Paper white display of the company wherein the light is spread through the screen and down on the words, reducing eye strain. The new form of Paper white display has 60% more LED than the earlier versions, improving the brightness together with new cylindrical diffractive patterns in the display which enhances the spread of light. The lights are placed at the side of the device instead of the bottom which creates more consistency in lightning across the display.