Recently an experimental self-driving warship which has been designed to hunt for enemy submarines has been launched by the U.S. military. It is a main advance in robotic warfare at the central of the strategy of America to counter Chinese as well as Russian naval investments.  Known as the Sea Hunter, the 132 foot long unarmed prototype is the naval equal of Google’s self-driving car designed to cruise on the surface of the ocean for two to three months at a stretch, minus a crew or anyone in control, remotely.  This type of autonomy and endurance would make it an efficient submarine stalker at a fraction of cost of the manned vessels of the Navy. Deputy U.S. Defense Secretary Robert Work had stated in an interview, that this is an inflection point, adding that he expects such ships could find a place in the western Pacific in as few as five years.  He further added that this is the first time ever that they had a totally robotic, trans-oceanic-capable ship.The Sea Hunter, for Pentagon planners like Work, tends to fit into a strategy to integrate unmanned drone with growing autonomy in the conventional military in the air, land and at sea. 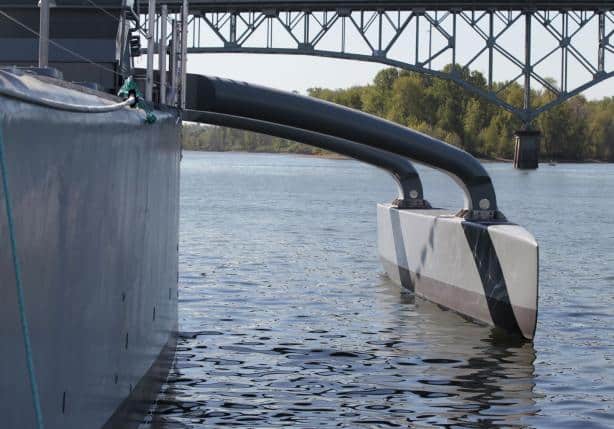 Focus – Functioning on a Range of Missions

It also tends to come as naval investments of China, comprising of its expanding submarine fleet, stoke concern in Washington regarding the susceptibility of aircraft carrier battle group as well as submarines which tend to be critical to the military superiority of America in the western Pacific. Author Peter Singer, an expert on robotic warfare at the New America Foundation think tank had said that they were not working on anti-submarine – technology just because it seemed cool but were working on it since they were deeply concerned regarding the advancement that China and Russia have been making in this space.  Work said that he hoped the ship once considered safe could head to the U.S. Navy’s Japan based 7th Fleet to continue with the testing. His focus is to have ships such as the Sea Hunter functioning on a range of missions, probably even inclusive of counter-mine warfare operations with all limited human supervision.

Use Radar & Cameras to Avoid Other Vessels

Comparing the protype ship to the early drone aircraft, he added that he would like to see unmanned fleets operating in the western Pacific and the Persian Gulf within five years. The projected $20 million price tag of the ship together with its $15,000 to $20,000 daily operating cost tends to make it comparatively inexpensive for the U.S. military. Established by the Pentagon’s Defense Advanced Research Projects Agency – DARPA, the ship is set to undergo two years of testing, which includes verifying that it can follow safely the international norms of operating at sea. Most important is to ensure that it can use radar and cameras in order to avoid other vessels and powered by to diesel engines, the ship could have the capability of reaching speeds of 27 knots. During the launching ceremony in Portland, Work had raised the probability of positioning weapons on the Sea Hunter, someday. He had stressed that even if United States tends to decide to arm robotic naval systems like Sea Hunter, any decision of using offensive lethal force would be made by the humans. He had informed the reporters during the ceremony that there was no reason to be afraid of a ship like that.