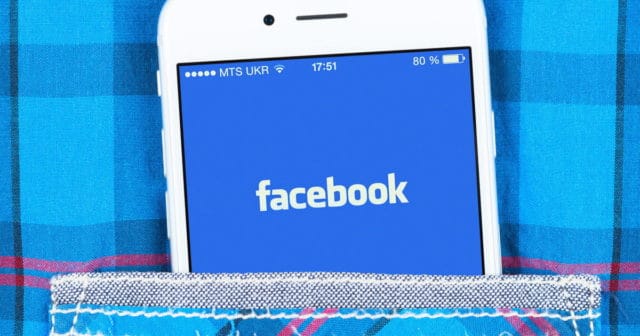 During the last weeks a scandal has shaken our life 2.0. We are talking about Cambridge Analytics and its ultra-segmented electoral campaign in favor of Donald Trump thanks to the data obtained from 50 million Facebook users.

Since then, the #deletefacebook movement has sounded on social networks urging us to erase Mark Zuckerberg’s social network. Even the creator of WhatsApp – now owned by the emporium Facebook – joined the initiative!

So, Facebook gets a huge amount of personal information from its users – even more if you have an Android phone – and third-party apps that you access from Facebook as well. It is true that in some cases you can limit the data that external apps get from you, but Facebook continues to know you better than your own mother.

We insist, it is nothing that Facebook would not have warned us, but when the facts come to the fore and Cambdridge Analytica practices are known with the information obtained, it is not surprising that they come out blisters and that many professionals in the sector are critical. Among them Tim Cook, CEO of Apple.

And that has stung Mark Zuckerberg, who no longer hides in a war of statements to try to divert attention from his controversial business model in which anything goes to grow.

Tim Cook says that Apple would never do the same thing in an interview with MSNBC a few days ago, the interviewer asks Tim Cook what he would have done if he were in Zuckerberg’s shoes. His answer is clear and forceful:

It’s as simple as that: the key to avoid marketing, terrorism, bad taste ads, hate speech, etc. it is simply being on top and not allowing it. Needless to say, but it’s not because they can not sell everything and earn even more money with advertising. Cook knows.

The truth is that we could make tons of money if the customer was our product, but we have chosen that it is not so.

For Tim Cook it is frightening what Facebook has done with its users. For example, a button: they have already announced that in May the privacy of users will increase with a series of additional measures.

We are not going to traffic with your private life, that is an invasion of your privacy and privacy is a fundamental human right, a civil liberty.

That’s why Apple encrypts personal data. And although it does not directly add to the #DeteleFacebook movement, it is blunt in something:

I would not do business with a company that does not respect privacy. I would make sure that users understand the privacy policy of all apps and websites, would use incognito browsing, would block cookies.

Mark Zuckerberg: Apple is expensive does not mean to take care of its users

So the CEO of Facebook has taken advantage of his first interventions in Vox after a long silence of reflection to shoot against the bitten apple and its pricing policy.

I find that argument very easy … It’s like if you do not pay, the service does not care about you. The reality here is that if you want to build a service that helps connect everyone, not everyone can afford to pay. That’s why the business model with ads is the only rational that can reach the whole world.

Going a step further, Zuckerberg compares the fanaticism with Apple of its users with a kind of “Stockholm Syndrome”

People should be careful with the Stockholm syndrome believing that just because they pay more, they try harder and worry more about you. Other companies work more to change the world.

What business model is better?

Free products in exchange for advertising and data collection or pay more to guarantee your privacy? That is an issue that is already on the table and for which many other firms and users will take a hand soon. Of course, they are two very different business models and both firms have done very well to date.

There are people who are reluctant to pay for products, but many will think twice about seeing everything that platforms and services know about us and how they can use it against them. One thing is clear: the current Facebook image is not the best.