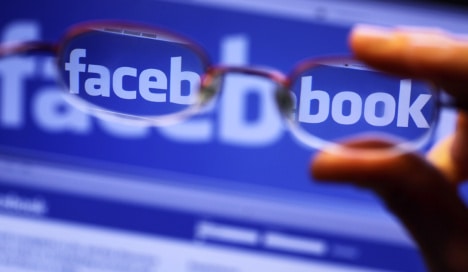 The Network Enforcement Act (NetzDG) has come into force. Social media platforms like Facebook now have to delete illegal content if they want to avoid heavy fines. As a means against fake news and hate speech, the NetzDG is still controversial. The Facebook law of Federal Minister of Justice Heiko Maas is decided. But much is still unclear – among other things, who should decide at the very end, whether a contribution must be deleted or remain on the net.

In June of last year, experts had classified the NetzDG, also known as Facebook law, at a hearing as unconstitutional. Nevertheless, the law came into force on 1 October 2017 with a transitional period. Since Monday, the social networks in Germany have to follow its rules of procedure. Otherwise penalties of up to 50 million euros are imminent – at least for so-called systemic deficiencies.

The NetzDG envisages that platforms such as Twitter, Facebook, Instagram or Snapchat remove user-reported, apparently illegal content within 24 hours. Uncleared illegal content must be deleted within one week. “Content is obviously punishable if no in-depth investigation is required to establish criminal liability,” the Ministry of Justice said. Freed from this regulation are professional platforms such as Xing and Linkedin as well as messengers like WhatsApp. Even when Maas at the height of the refugee crisis in 2015, the operators of social networks such as Facebook invited to “Task Force” meetings in his ministry, so that the platforms would not be a “playground for right-wing extremists”, he got a lot of applause for it. But now that Parliament is about to end his hastily written Network Enforcement Act against hate speech, Heiko Maas had to defend himself against the criticism that he was moving outside the constitution. On Friday, the Bundestag has now adopted a compromise that will force social networks to better control over illegal posts – but leaves many questions unanswered.

The social networks do not have to search for content themselves but only respond to user messages. In addition, the reporting of illegal postings should not be too cumbersome. Critics see the NetzDG the freedom of expression in danger: Since there are no consequences for unjustified reporting, the system could be abused when users merge for group reports. Large Internet companies will have to delete user-reported posts that have “obviously unlawful content” within 24 hours. For statements where criminal liability is less obvious, companies will either have seven days. Or they can leave the verdict to a kind of arbitration board under state supervision. This point was invented by Maas in a new version of his bill, which is only a week old. He calls this “regulated self-regulation.” How exactly this instance should work and who decides there is still completely open.

Social networks, which have at least two million registered users and receive more than 100 complaints a year, will have to set up effective complaint management in the future. Otherwise, they face fines of up to 50 million euros. In addition, companies should publish a deletion report every six months and provide a European contact for law enforcement agencies. Also this rule has the Ministry of Justice just a week ago written in the law, as well as the details of the size of the network.

Previously, a broad and unusual coalition of journalists’ associations, business representatives, cultural workers and net activists had denounced that the original draft had “catastrophic consequences for freedom of expression”. A company like Facebook takes over the role of a judge and decide soon alone, which comments are punishable and therefore deleted. Because they are threatened with fines, the critics feared that the networks could block too much.