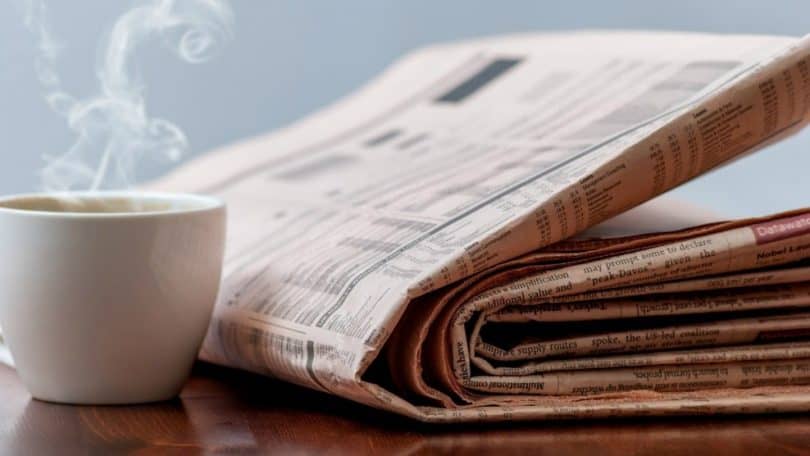 A few years ago the famous ‘Google Rate’ gave a lot to talk about in our country. The introduction of the Intellectual Property Law implied that Google News and other link aggregators should pay the authors of the content they linked.

The entry into force of the Canon AEDE supposed, among other things, the closure of Google News in Spain. Now nine major European press agencies are proposing similar measures for Google and Facebook to pay for the news from which they obtain millionaire benefits. Does that demand make more sense now than before? I think so.

Only the intermediary wins

Link aggregators, as the proposal called to implement the ‘Google Rate’, are basically responsible for acting as intermediaries of content and information that they do not produce.

These aggregators are a great gateway to those contents that has a useful function and proposal: they are often filtering or “curating” content, choosing those that are considered more interesting for the audience. This filtering and recommendation process can be based on our own algorithms (Google News) or on the intervention of the users themselves, who share and vote them.

What these intermediaries do, after all, is what many others do in other areas. They amplify the message and the offer thanks to their exposure and influence before the general public. The analogy with Booking in the world of hospitality, Rastreator in insurance or TripAdvisor in restaurants, to give some obvious examples.

Neither Booking has its own hotels, nor is Rastreator an insurance company as such, nor does TripAdvisor have chefs on its staff. They simply act as recommendation portals grouping offers and ordering them according to different criteria.

This work of centralizing the offer has earned them to be benchmarks when hiring each of these products and services, and that has allowed them to create a network effect that has turned them into very profitable businesses, saving also the huge costs which means having a hotel, an insurance company or a restaurant. They are mere speakers that earn good commissions recommending products, without more.

In this scenario everyone wins: intermediaries get their commissions, users earn in their search and discovery process, and hotels, insurance companies or restaurants gain new customers that they probably would not have without those services, or those that would cost more arrive. It is, as they say, a win-win (or a win-win-win, already). Everyone wins, although some inevitably believe that they are the ones who should earn more. Do you hear the theme?

Of course it sounds, because it is exactly what is happening in the content segment. What is the difference with Google News or Facebook? The analogy is obvious: these link aggregators also centralize the content offer and filter it by sorting it according to certain criteria.

In fact, these services have increasingly become the real “newscast” in which they are informed every day. It is no longer necessary to watch TV, buy a newspaper or listen to the radio to find out what is happening. Or rather, what happens and is also “important”. They already tell you Google News or Facebook, among others, that have become the window to a very specific reality: the one they filter and recommend, like any other intermediary.

In this work of filtering reality there are obvious problems, as has been shown with the influence of false news. Algorithms do not work – they tell YouTube Kids – and moderation, filtering and recommendation by human beings is increasingly relevant in areas such as these that shape and shape our own reality.

But leaving aside this complicated debate, the truth is that the services that act here as intermediaries do so in a particularly unfair way, at least for those who provide the contents. That, of course, is debatable, because in this scenario there is also a win-win-win.

Google News and Facebook generate huge advertising benefits, while users gain in comfort (all from the same source although the contents are from various original sources) and content providers gain visibility and traffic, which in turn It helps to have more advertising income.

But for content providers that is not enough. In a joint message this week several European agencies (AFP, and the Spanish EFE among others), affirmed that “Facebook has become the largest media in the world, but neither Facebook nor Google have a press room, they do not have journalists in Syria risking their lives, not an office in Zimbabwe investigating the departure of Mugabe, nor editors to check and verify the information that reporters send from the field. ”

As with the hotels, insurance or restaurants we talked about, all those content generated by the media cost a lot of money, and now those press and media agencies consider it necessary for the benefits to be distributed in a more equitable manner.

According to the data of this consortium of agencies and media, these intermediaries carry between 60 and 70% of advertising revenues. Google has grown 20% in revenue last year, but Facebook has tripled its profits reaching 10 million dollars. Why do people access Facebook? According to this consortium, news is already the second reason behind this traditional way of being in contact with family or friends.

For these agencies the European Union should give them “rights related” to the copyright of their work, something that for some could threaten the access of users to free information, something that said consortium clarifies: “Internet users would not be affected, only those who now pocket a disproportionate share of the advertising benefit and who would have to share a significant part of that benefit with those who actually produce that information. ”

The situation is getting (a little) more unfair

But it is that the role that both Facebook and Google News are having is equally disturbing, and its transformation into pillars of our informative routine is worrisome. I no longer need to leave Facebook or Google News to see what Madrid has done, in what new mess Trump has gotten us or if the delicate situation with Catalonia is solved, but I just do not trust his algorithms.

You may visit some other means to understand the context and go beyond the owner, but what seems clear is that the role of the media loses prominence (and income, of course) compared to those giants that are already part of our day to day and in which we trust to inform, entertain and connect with everything and everyone.

Well for that ambition, but here I have to defend my own: the cast is perhaps being unfair now that one is no longer informed in any platforms, but in Facebook, Google News or another aggregator of their choice that is being nourished by those contents. Well to spread the information, but perhaps not so much to do it in an unfair way for those who produce it.

Middle note: this article reflects the criterion and the position only of the author, without supposing that the editorial line of Prodigitalweb or Weblogs SL coincides with it.