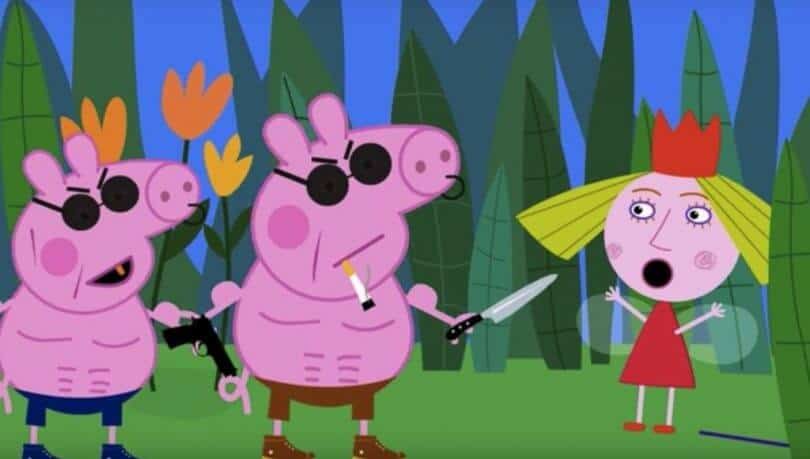 The characters of Peppa Pig smoking and with knives in hand. Lady Bug’s half-naked in an American bar. Those of the Canine Patrol killing themselves, possessed by the devil. A plasticine Spider-man urinating in the bathtub where Elsa is bathing. Real people who disguise themselves as superheroes and superheroines and represent scenes that go from the absurd to the absolutely abominable. That is the world to which YouTube Kids exposes millions of children every day. Children who do not have the capacity to differentiate if those contents are really adequate or not and who consume them as hypnotized. Children who keep watching those videos will not consider that to be normal. Google, you need to do something!

When Google launched YouTube Kids in February 2015 the idea seemed fantastic. Millions of parents around the world were faced with a hypothetically ideal way of making sure that if they plugged their children into the tablet or mobile phone, in turn, the video content they could access would be suitable for them.

That was the idea, of course. One installed the mobile application on the device and ready, to let the child enjoy those videos that went beyond entertainment and that according to the managers of Google also offered educational videos. With it, they say their creators in the description of Google Play “children can discover videos, channels, and playlists that will enchant them.” 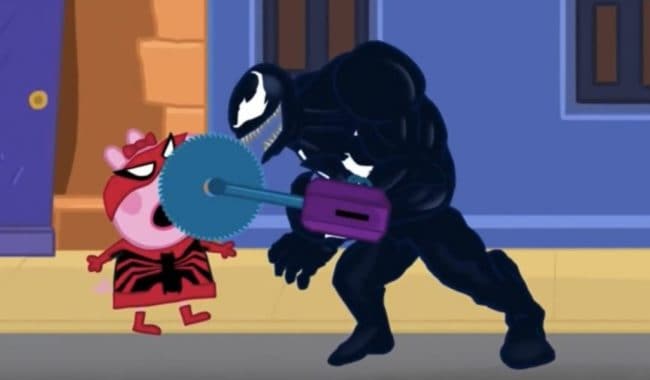 In that same description, yes, Google warns: “The videos that appear in the application are selected automatically, no automated system is perfect and, therefore, it is possible that your child is stuck with something you would not like to see If you find a video that you consider inappropriate, mark it and we will review it as soon as possible. ”

The problem is that this automation has turned YouTube Kids into a service that could end up disturbing our children. It is true that there are entertainment and educational content perfect for children, but above all they are millions of videos totally inappropriate and not only appear in YouTube Kids searches: they are generated automatically and hypnotize children with developments that go from incongruity to violence, and that take advantage of the use of images, characters and children’s songs to deceive and traumatize them and have us tricked.

Kinder eggs are just the first step to hell

That denunciation is not new, but it has been impelled by the recent treatment of the problem that has realized means like The New York Times, BoingBoing, Fast Company or The Sun. 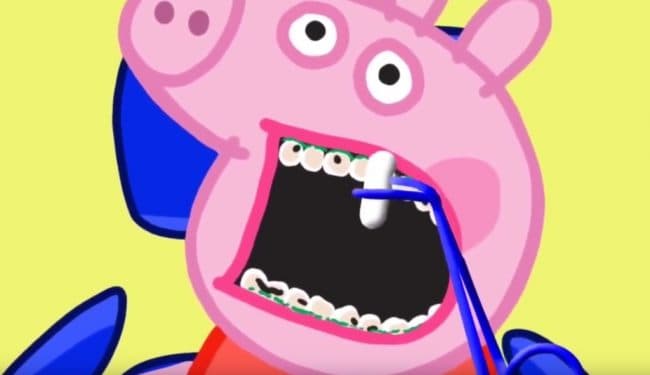 Something or someone or a certain combination of people and things is using YouTube to scare, traumatize and abuse children in a systematic, automated and massive way.

So is. If you are parents like me you will have commented with other couples of parents close to you that singular fixation that children have for the videos of the Kinder eggs. Those videos simply show hands opening Kinder eggs one after another with surprise, and something so seemingly absurd as that leaves children absolutely stuck to the screens of the mobile devices or computers on which they see them.

These videos are – at least the little I’ve seen – basically innocuous, but attentive, because one of the producers of those videos, the so-called “Blu Toys Surprise Brinquedos & Juegos” currently has 5.7 million subscribers and their Videos have been seen almost 8,000 million times. The official Lady Gaga channel on YouTue has 9.1 million subscribers and (drum roll) just over 5,000 million visits as a whole. The eggs crush Lady Gaga on YouTube.

Each of these egg videos ranges between 40,000 and 100,000 visitors today, but there are more than 4,000 of them. If one realizes how advertising works on YouTube and that this is a business of scale, you do not need to do many accounts. Someone is lining up by opening Kinder eggs. The serious thing is not that -it is perfectly lawful to do it-, the serious thing is that the automation of the one that takes advantage of this channel for these innocuous videos is taken advantage of by many others for totally inappropriate videos for children and, I would say more, even for adults.

The problem of ‘fake news’ has another dimension

Much has been criticized in recent months both Google and Facebook for having favored the emergence of the phenomenon of false news, a type of articles that according to many analysts has ended up being a powerful tool of influence in all kinds of situations. For example, in electoral processes like the one that took place in the United States last year.

The problem of YouTube Kids is in a certain way a new branch of all that machinery that now automates the content that reaches our applications and that has become a dangerous way to inform us and understand what is happening around us.

The creators of those videos have realized the reef, and have applied it in a disturbing way in YouTube Kids, where official videos of characters like Peppa Pig are surrounded by millions of videos (many more, everywhere) that not only they steal those contents from the official channels -the problem of authorship is another, also serious-, but modify them to take advantage of the pull among younger audiences.

And that’s where the horror begins.

Suddenly one is with variations in which as we said those characters no longer star in fun adventures to entertain children. No. Suddenly we find them intermingled in absurd, nightmarish universes, following patterns that go as we said from the irrational or the absurd to other dangerous, violent, wild or in which there are also clear sexual references. 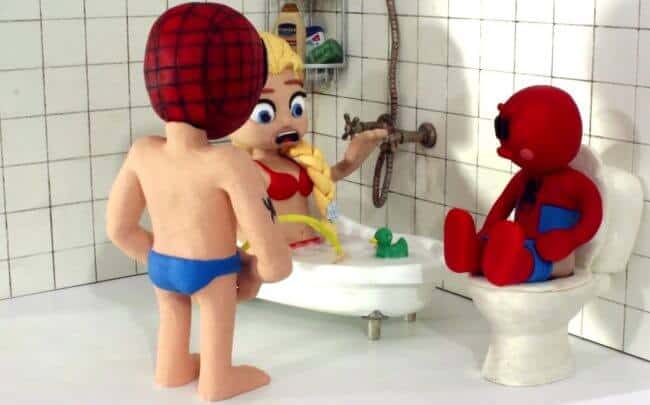 Among the examples (the video linked to Bridle, included here as well, is innocuous) are the 17 million versions of the so-called “Finger Family videos”, which are drifting towards the disturbing in examples like this in which it shows a figure in 3D of Donald Trump mounted on a kind of mobile syringe that appears and disappears from the scene while in one hand the fingers are filled with Mickey Mouse heads.

It is true that in those astronomical figures that are handled in this market of terror are largely due to a total automation. Not only in the creation by the creators or in the automation by Google at the time of serving or recommending them. There is also a clear participation of bots watching these videos to upload visits and in turn the videos appear more recommended. It is the vicious circle of the grotesque.

There are, of course, many more horrors. Some worse, others milder, but all of them make it clear that we are facing a real problem that demands a real solution. The fault is not only Google or YouTube Kids, of course, but as with false news, Google logically can not expect consumers of these videos, which are children, mark them as inappropriate. That would have to be done by parents, who can hardly control everything their children see.

And yet, the root problem lies in the control mechanisms of that automation. Does Google and YouTube Kids need a censorship system? The terror imposed by YouTube Kids proves it, but how to implement it? With an automated system that censors what another one had already automated to publish and show related contents?

We are very afraid that here, as in the case of false news, the solution goes through human control and censorship, following certain basic criteria -in these videos it does not seem difficult to determine what is appropriate for a child and what is not- and to act in conjunction with that automated system that allows dealing with a Dantesque problem both by its implications and its size.

Hopefully Google will do something about it, and do it soon. Meanwhile, guess who has uninstalled YouTube Kids (and YouTube) from the tablet that he leaves to his children from time to time.