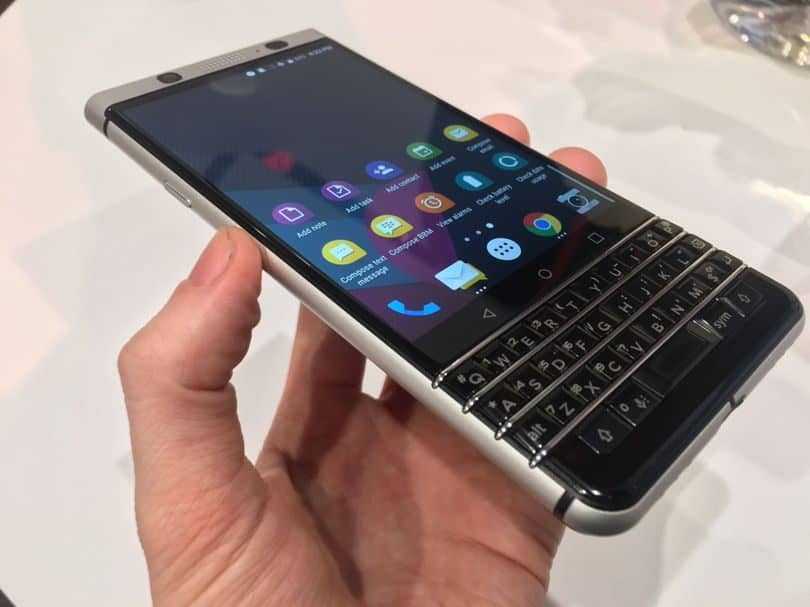 BlackBerry is seems to making a trip back to its older self which happened to be lost in the wilderness for last couple of years with BlackBerry Mercury. BlackBerry has a major portion of enterprise users in its pocket just a few years back but with the success of Apple’s iPhone and its inability to develop its own OS or to jump on the Android bandwagon resulted in low sales and poor performance of its keypad based device.

BlackBerry finally understands the need of adopting the Android platform which doesn’t come as a direct decision rather it is road taken up by TCL which took over the license of manufacturing BlackBerry branded devices. TCL is the parent company of the popular low cost smartphone brand Alcatel and it is hugely popular in US for its Roku TVs.

Mercury stands out of the crowd

TCL is not giving the iconic QWERYY keyboard from its BlackBerry latest Mercury handset. Mercury brings the best and highly intuitive QWERTY keyboard coupled some great capacitive touch functionalities. Users can scroll down or across the menu by simply running their fingers over it. This phone has a compact size which makes it easier to hold when compared to other rivals devices. It will possess the USB-C charging support along with having single camera at the rear though its specifications are unknown at the moment.

Mercury does come with the popular BBM or BlackBerry Messenger. Some of the unconfirmed sources even states that Mercury will possess a 32 internal memory and it will be powered by top of the line processor either from Mediatek or Qualcomm. Nothing has been revealed on the RAM front but it is likely posses a RAM between 2 GB – 4 GB which will ensure seamless experience for the users.

TCL is set to bring the latest Android OS Nougat on the Mercury which will be more or less stock version rather than being forged with a new user interface. BlackBerry has taken a backseat from developing or performing research for its mobile division therefore TCL is giving out its best by operating a dedicated R&D facility along with marketing, sales and much need support for its range of devices across the globe.

If you are wondering what BlackBerry is up to then it is fixated on enhancing its software creation expertise which will help in strengthening the security system for its devices. Given the failure of the BlackBerry in manufacturing handsets which stays consistent with the changing needs of time, it is right that BlackBerry is shifting back to its roots.

TCL manufactured BlackBerry Mercury will be making its way to stores in next few months where it will first launch in North America and Europe before launching in other markets. TCL is gearing up to make new portfolio of TCL devices a huge success therefore it has its eye set on the Chinese and other growing markets as well.