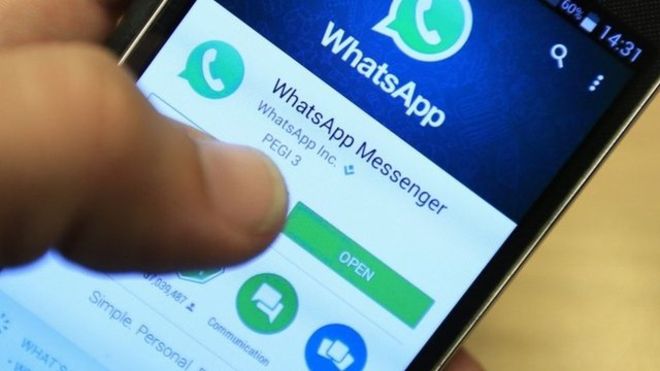 WhatsApp is one of the most widely used messaging apps in the world and it does have its own share of flaws. Facebook has bought WhatsApp a few years and gradually it has emerged as a robust messaging platform with continuous updates. From just being a messaging app it now offers internet calling and video calling services along with support to share media content and documents on the go.Each update helps in resolving issues and eliminating bugs from the app but a research has shown a major bug lying deep within its coding framework which can be used to intercept and read the messages sent from it.

The bug results from encryption feature

WhatsApp has started encrypting the messages sent over its messaging platform in order to provide much needed security and privacy to the users from the prying eyes. This particular bug has resulted from this encryption feature which was found by a dedicated security expert named Thomas Boetler.

He states that snooping or eavesdropping on WhatsApp service is possible. It can result in a particular circumstance wherein encryption keys are set to be reissued by the service for the effective transmission of the messaging. Boetler has made Facebook aware of this issue way back in April 2016 and Facebook responded by stating it isn’t going to work on the fix for it.

This is a standard protocol of most of technology firms to not to give winds to such bugs when reported by the individuals. However they do bring updates to fix issues which can lead widespread problems or discovered by their own security experts over the time.

A number of privacy campaigners had got wind of this issue. They believe that this particular bug is a major blow to the privacy as well as freedom of speech of the users as it can work as backdoor for the governmental authorities to snoop.

Snooping and spying on user’s data and information related activism is at its peak after the revelations made by the Snowden a while ago. It is being believed that WhatsApp has intentionally placed this backdoor to help law enforcements authorities to divulge in the user’s communications.

Bad coding is the reason behind this backdoor

Whenever the encryption keys are used to scramble the messages are needed to reissued and resent by the service then this bugs emerges from the hiding. Security expert has elaborated that in such circumstances any hackers or attacker can pose as the recipient to hoodwink the service.

Attacker can even force the system to reissue keys required for scrambling the information for its own benefit. Nowadays attackers can make sophisticated manipulation of the WhatsApp system with ease to intercept and read user’s messages.

The amount of damage which can be caused by this bug is limited and can happen in fewer numbers of circumstances. WhatsApp has finally taken heed of the situation and it is bringing a better of reissuing keys and preserving its user’s messages from such attacks.