The Floating `Bond Villain Liar’ – SeaOrbiter’ Gets the go-ahead

The floating `Bond villain liar’ has got the go ahead signal and the so called `SeaOrbiter’, the floating aquatic lab which will be designed by French architect Jacques Rougerie, has announced that the production would begin soon on the project and would probably take around two years for completion.

He has informed that they have collected over $440,000 for the project, where over 600 people made their contribution which seems to be a good start to reach the goal that will enable construction of the vessel’s eye, a type of lookout post which sits 18 metres high above the water, to begin with.

With around two thirds of the 170 ft. tall ship, it will be underwater, making it possible to study ecosystems and fish levels at great depths. 18 to 22 marine biologists would be able to be on board the vessel at a time since there is a provision of living quarters and kitchens.

The laboratory area of the 1,000 tonne ship would be below the surface enabling the SeaOrbiter buoyant as well as to give a direct line of sight and access in the ocean to depths of around 6,000 metres.With over 95% of the world’s underwater yet unexplored, scientist are more knowledgeable about the surface of Mars and Moon than the bottom of the ocean. 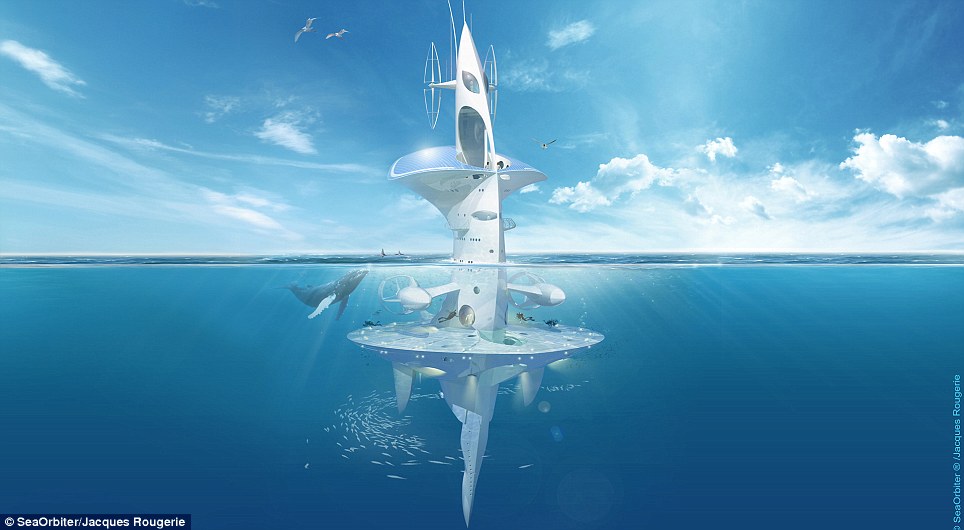 The SeaOrbiter – The Futuristic Ship

The deep ocean can be a very challenging area to study because of poor visibility and intense pressure though it could be set to change in the near future due to the architects’ ambitious project that will bring about a $50 million floating laboratory to come up. The SeaOrbiter, which will be the futuristic ship that has been hailed the Starship Enterprise for the ocean, is the creation of architect Jacques Rougerie who has a history of making dreams into reality.

The SeaOrbiter is one of his courageous projects presently. Currently, the craft is on the drawing board and due to the funding efforts through KissKissBankBank, Rougerie together with his colleagues had the provision of the funds which enabled them to initiate the construction towards the end of the year.

Some of the funds which have been provided by the French government and if the fund continues to come in, the team would probably be in a position to complete the same by 2016. The 58 meter tall vessel, similar to an International Space Station – ISS, for the sea, will advance basic science and develop the technology. While wandering unobtrusively across the ocean, it will unceasingly analyse a myriad of physical environmental and chemical parameters in order to provide new vision in the ecosystem of the ocean. 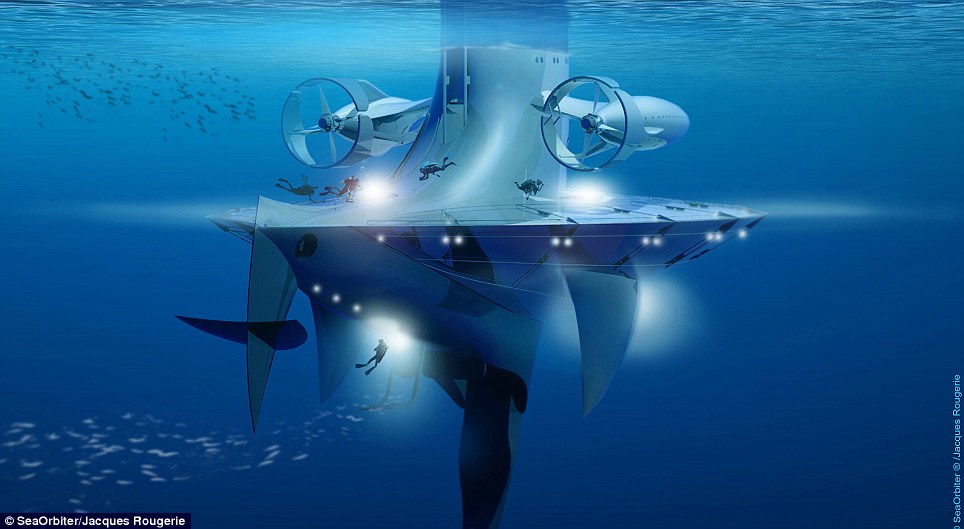 Moreover its underwater hanger would be home to a number of underwater exploration vehicles as well as devices which would be capable to explore the depths of around 6,000 meters. Speculations are on that these devices would produce a treasure trove of information like the previously unknown submarine mountains, microscopic organisms and new life forms which could be utilised to treat diseases.

Around 2,000 new species living in the oceans each year have been discovered by marine biologist so far and the SeaOrbiter intends increasing the number of the same. The ship is said to be equipped with a wet lab in order that the scientists can conduct experiments as well as store specimens prior to being transported to land based stations.

As the ISS, the SeaOrbiter would be manned for twenty four hours and between the 18 and 22 crew members, it would be a home to them as they undertake prolonged missions. Divers living at normal atmospheric pressure can explore the first 50 meters of the ocean though the crew members residing in special pressurized zone can travel around the depths of around 100 meters for an extended time period. 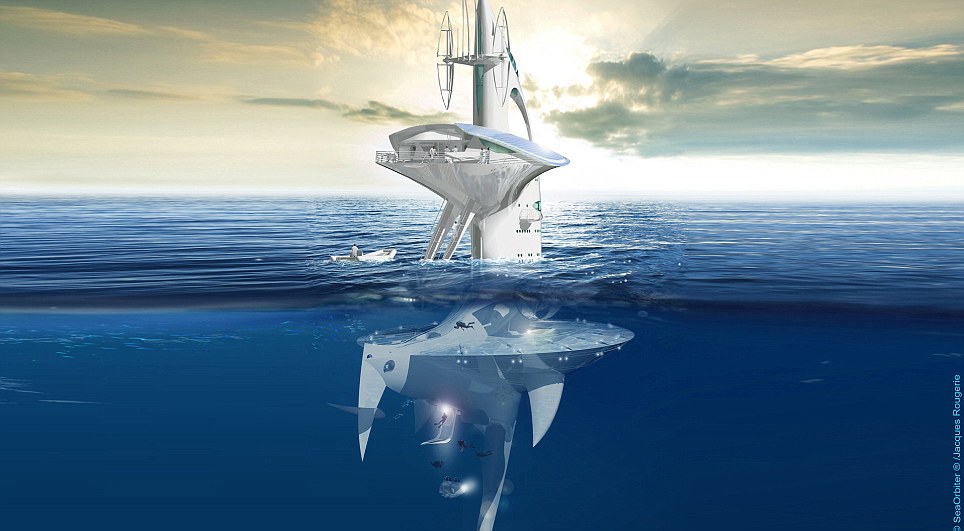 Besides this, the deck would also enable physiological studies like examining the movement of gas bubbles throughout the body that would improve the diving technology. Though the construction of the SeaOrbiter is yet to start, the team have already made big plans for the future and are speculating in creating a whole fleet of ships in order for a craft to sail in every ocean. When in operation, the craft is intended to be like a Swiss Army knife of aquatic research.

According to the designers it would hunt for underwater archaeological remains together with new life forms, explore ocean chemistry and map huge strips of the ocean floor and provide unique capability in sending aquanauts for deep dives. Though the craft may physically resemble the Enterprise, there is more valuable comparison in the International Space Station – ISS.

Similar to the ISS, technology created for the ship would improve the daily technology on land and will enable humans to live long term in an environment which was not possible and efficiently expanding human colonization to new places.