Ford is one of those several vehicle manufacturers who have turned to sensor based technology in order to help consumers drive with care and safety. Ford has plans to sell a car which can read road signs as well as adjust the speed to ensure that the vehicle is not going too fast.

The speed limiting tech could be activated through the steering wheel which could momentarily be overridden by firmly pressing on the accelerator. The company recommend that the facility would help drivers in avoiding fines as well as reduce several road accidents though one expert has commented that the innovation could serve as a `stopgap’.

According to automotive industry analyst at the IHS consultancy, Paul Newton, states that `there is a plan for speed restriction to be beamed to the car’s computer systems and controlled from there, rather than requiring street sign visual recognitions systems. This could be part of an extension of the networks which will connect vehicles, enabling cars to warn those behind them if they are slowing down, which is all part of a move towards autonomous vehicles that drive themselves’.

This latest vehicle would be alerting the driver in recognising road signs through a read-out in the centre of the car’s speedometer. 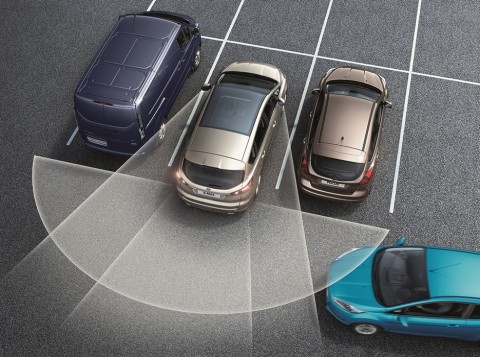 This technology from Ford would be made available to the public in August when it would launch its second generation of S-Max cars in Europe. US car company spokesman had informed BBC that the facility would probably be available to other models across the globe.

The Intelligent Speed Limiter, so-called, would be combining two existing technologies which have already been fitted to several cars. The adjustable speed limiters use sensors that have been mounted in a car’s wheels in order to detect how fast the car would be going. When the software detects that the car is at a great pre-set speed, it tends to limit the amount of fuel which reaches the engine instead of applying the brakes.

The system enables the driver to suspend immediately the restriction on pressing the accelerator pedal to the floor enabling them to overtake another vehicle or evade a collision. The traffic sign recognition is a forward facing windscreen which is mounted with video camera that scans the atmosphere for road signs as well as cautions the driver of their presence.

Earlier Ford cars fitted with this technology are limited in providing corresponding graphics on their dashboard displays.The new system will enable drivers to set their speed up to 5mph beyond the detected limit.

Though some would still resist the inkling of giving up the control to the vehicle, Ford has indicated that others would appreciate the convenience and safety provided by them. Safety supervisor at Ford, Stefan Kappos, commented that `drivers are not always aware of speeding and only become conscious that they were going too fast when they receive a fine or are pulled over by law enforcement.

The Intelligent Speed Limiter could remove the stress of driving, helping and ensuring customers to be within the speed limit’.Ford is speculating that this new update would encourage consumers to spend extra money on the technology rather than the fines, which has not been included as standard on the basic S-Max model.