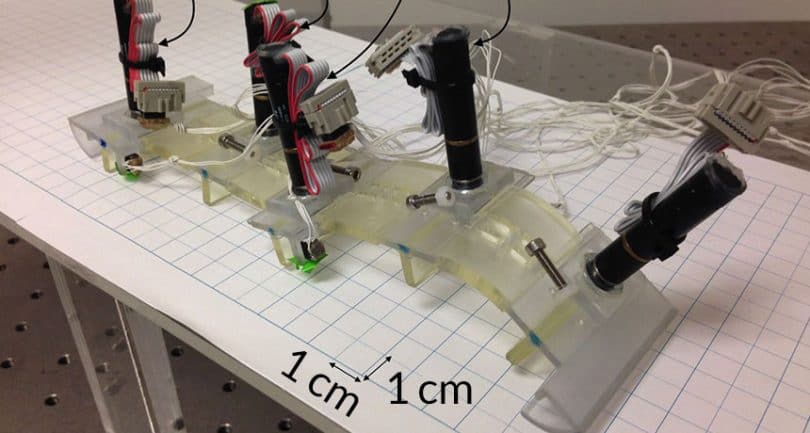 Caterpillar is an insect but if considered gruesomely then it is the underdeveloped stage of a butterfly. It is the time when they prepare themselves to grow into a beautiful butterfly so that they can explore the entire world with its flapping, naturally designed wings. Everything present in this entire universe bears some influence with it and it is up to us how we grasp the drooping note from it. Instead of considering the caterpillar as an underdeveloped insect, we can take inspiration from the way it survives to all kinds of surrounding with the help of its several legs that grants all kinds of movement to the insect. Technology have shown its impact on almost everything and based on its locomotion Caterpillar robot developed.. Here, this domain has been explored by the researcher called Takuya Umedachi from the University of Tokyo.

Takuya Umedachi, who is a Roboticist, along with his colleagues developed a Caterpillar robot after researching on real life caterpillars.

Umedachi on December 7, wrote in Royal Society Open Science that Caterpillar robot can twist, turn, bend, crawl and creep and make their way no matter how adverse the environment is, they manage to reach up to their destination and most importantly they do it in the simplest manner without using any complexities.

The researcher said that to build a clone of this kind of insect is not easy and this included a lot of research, hard work, dedication and new technology.

Umedachi said that to make this happen she used a motor, pulley and wire. It was about 23 centimeters long almost parallel to the length of a tissue box.

The caterpillar robot was designed with four unidentical segments and spongy legs. The technology fed in it is such that Caterpillar robot will automatically detect when the legs fold, which acts as a clue and indicates that caterpillar Robot is about to crawl, where one segments contracts one after another.

Umedachi also said that when she wrapped the two legs that come in the middle with the help of a tape then these robotic insects cannot bend as they get crippled for not being able to move and push themselves off the ground. The untied legs get slippery, and slip as if one is walking on the ice.

Umedachi further adds that there are ample ways of this Caterpillar robot to change their manner of movement that too without getting brainstormed. When the two middle legs of this insect are straight they start moving like an inchworm, and they do this by scooching the back legs towards front and then they stretch their front legs forward and imitate the movement of an inchworm successfully.

The way these real life caterpillars move in accordance to the nearby environment, it can be used as an indicator in machines to make them aware of the nearby situations and simultaneously of themselves. This has a positive connotation and can be used as a very big innovation to get prepared to deal with all cumbersome situations.