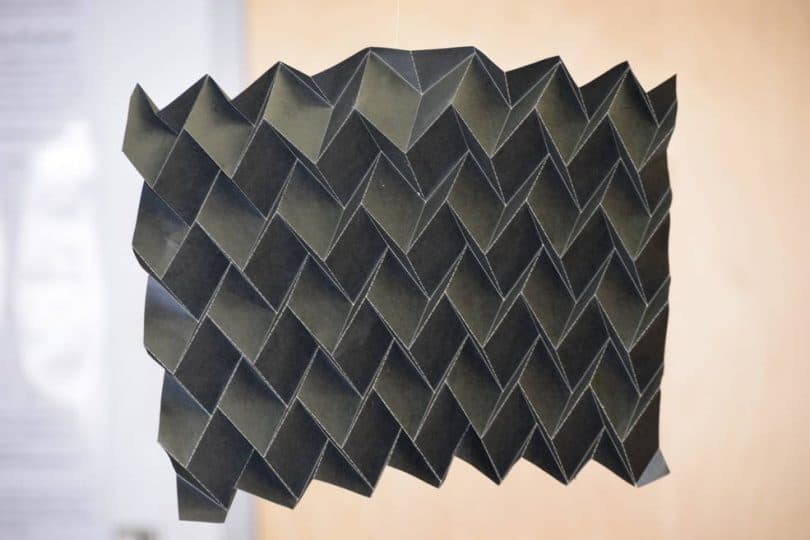 NASA has declared that the devices that are being sent into the space gets smaller and lighter, which means that in the space there is no room for heavy and jolting components. Flexibility accompanied with concreteness have been the major criteria and all the satellite radiators is influenced and inspired by the most prominent, handy and easily manageable arts.

An ordinary radiator is expected to help in dissipation of heat discharged by the sun or other electronics. In order to avoid this situation, the shape, size and the external capabilities are duly adjusted during the process of its manufacture.

The researchers and Scientists of Goddard Space Flight Center and Brigham Young University are working day and night to develop a radiators that can adjust in terms of the expansion and exfoliation that is required to work out with the amount of the heat discharged by the operators.

This is advantageous when a satellite sensor works best at a certain optimum degree of temperature. During the heat generated by the Sun, half of its orbit may try very hard to remain calm while on the shadowy portion the temperature may fall below the ideal setting that is required.

The radiators might expand when it is too hot to release heat as quickly as possible and similarly it contracts when it is cold to help to prevent excess of loosing.

The radiators are said to have been manufactured from a 3D pattern of diamonds that is tessellating. If you invest your mind on this then you can think of folding it to a spectacular form, that will be flat and on the other hand it can contract into a thick, shallow slab. It will turn out to be like a zigzag pattern, but the materials only leads to common folding of hand, which is not preferable.

The shapes of the radiators were developed by BYU Professor Brian Iverson and an Undergraduate student RydgeMulford also of BYU. Iverson said that the folds can be taken into consideration but the surface seems to have a very innovative Goddard touch.

Vivek Dwivedi and Raymond Adomaitis from the University of Maryland are working on this new coating which will be made from Vanadium Oxide applying silver and titanium in thin layers of atom. The coating would be transition from the radiators for semiconductor to a metal with the lowest temperature of 154 degrees Fahrenheit or even a bit less. If the state is metallic then the heat dispensing capability of the radiator increases.

In recent times the NASA researchers are developing radiators to figure out how small satellites and spacecraft can be kept both cool and hot. Dwivedi has made his point clear by denoting that their aim is to bring into notice the dynamic radiators that will be able to adjust with fluctuating temperature and situations instead of those traditional ones. The designs are being developed, approaches are being taken that will lead to the manufacturing of such powerful radiators.