There seems to be welcoming news for all us who fear getting up in morning fearing to be infected by some parasites which are rather tropical. There is a new cure that might be able to handle this fear among all of us. This is nothing related to psychoanalysis but it is one of the most groundbreaking variety of microscope that can be connected to a smartphone and it will be able to provide diagnosis of the blood parasites in real time. 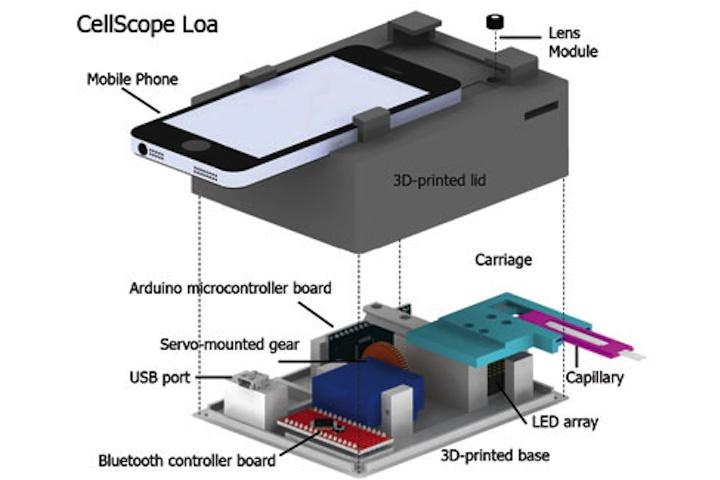 At the core of the device CellScope Loa, it is a 3D-printed box which can be easily mounted to a smartphone that carries about five-second videos of blood samples that has been inserted inside. The companion app on the smartphone will further analyze the video for any signs of movement and this movement will indicate the presence of blood parasites.

There are millions of people around the world who have been witnessing the advent in smartphones and related gadgets and often thinking when someone will be able to develop a gadget or device like this one. 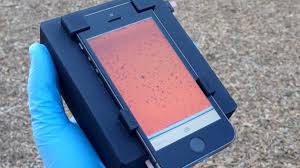 Wellness gadgets were started with the aim of taking the entire market by storm however none of these gadgets have been able to live up to the expectations despite the hype that has been created. Even though there has been advancement in the miniaturization and the standard of Bluetooth, consumers have been waiting for a device that can helps them to real-time diagnose and check on their medical tests.

This CellScope Loa can be very well commended when compared to the predecessors like the pedometer that needs to be worn on wrist and costs around $250. All the predecessors did the same job which was being done by the ancient devices.

According to Daniel Fletcher who is one of developers of CellScope Loa, they have already demonstrated that a smartphone can be very much used for microscopy but this is the very first time they have been able to combine a device with imaging technology as well as the hardware and software automation that enables CellScope Loa to create diagnostic solution. This new device will be the first step towards the highly improvised consumer medical devices.

People who are living in developed countries might not get as affected as others due to the CellScope Loa. This device has been developed to detect a kid of blood-born worm which might not be malignant but can cause serious health conditions including Elephantitus.

Southeast Asia has shown a increasing suffering from Elephantitus and anything that can help in detecting this can be considered as god gift. Through this device expensive medical tests will become easier for consumers. This is the new era of check it by yourself devices.