Various physical changes tend to take place in a woman due to fluctuations in hormone levels at the time of menstrual cycle. At times the various sensations experienced by the woman could be mild and some may notice very few physical changes linked with menstruation. Some may experience severe symptoms which could disrupt the daily activities and the functions could be diagnosed as premenstrual dysphoric disorder and symptoms prior to menstruation which is known as premenstrual molimina.

Some may even tend to experience emotional disturbances, one or two weeks prior to the period which could comprise of mental tension, mood swings, being irritable, or crying spells. There could also be problem connected with concentration and memory, or depression or anxiety. Severe symptoms of anxiety or depression could be the signs of premenstrual dysphoric disorder – PMDD. In order to understand better and manage these monthly changes, a design team in San Francisco has created the world’s first smart menstrual cup known as Looncup. It tends to syncs with a phone or Apple Watch through Bluetooth in order to reveal vital stats which include how full the cup is, records changes in menstrual colour which could indicate an underlying health problem and helps in knowing when it is most likely to start and finish. 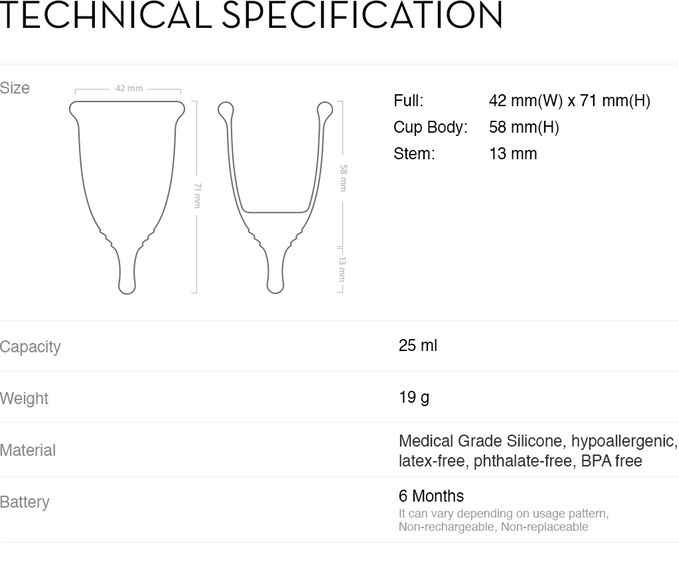 The Looncup had been launched on Kickstarter which can be pre-ordered at $40. The Kickstarter campaign also tends to feature video which could help people with the insight of using the Looncup. The designers have called it a `monthly period partner’. The Looncup is said to be made of medical grade silicon and is fitted with a sensor, battery and antenna, which is the approximate size of a contact lens.

The sensor can detect when the Loon cup is full and informs the user. It tends to track the changes in body temperature noticing changes in colour. The data tends to get recorded automatically on the connected app in order the user is able to keep track of changes or to share the details with their physician.

The more it is used, it tends to learn more with regards to the user’s cycle and flow and also reminds the user when it is due. The Looncup also alerts them to some of the changes which they may have overlooked. 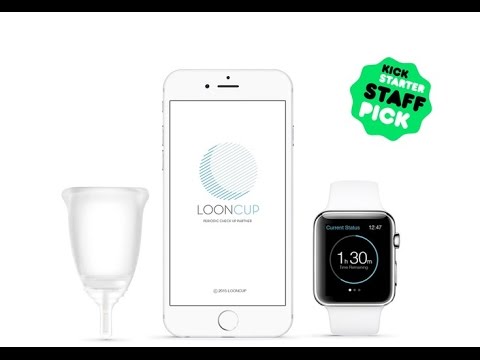 The Loon Labs had explained that menstruation is not fun, but what if we could relieve the monthly stress and take back the freedom? They further commented that a healthy period would mean that the body is performing what it is supposed to be doing. It could give valuable health info and with Looncup, you could take advantage of that. It could also be helpful with fertility app for instance, in helping people to track when they are most fertile and track their cycle accurately for those interested in raising a family.

With the Reproductive health option in the Health app, woman could also record the beginning and the end of their period, spotting if any together with the body temperature during ovulation. The information is displayed in the form of a graph or a chart based on their choice and could also be shared with the other apps.