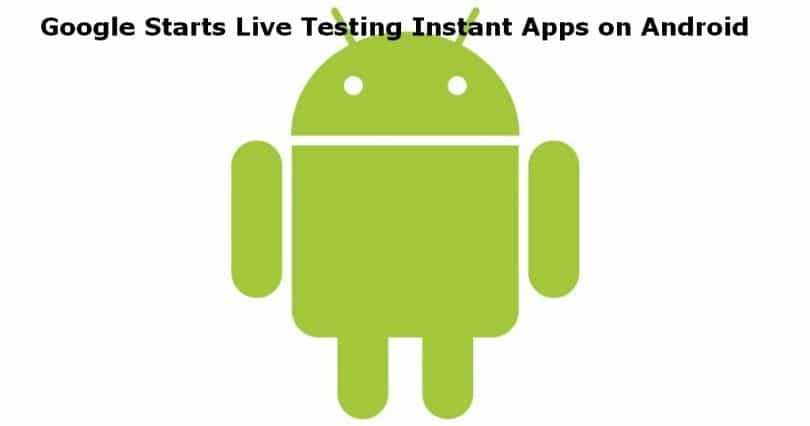 Google is the most favored search engine on global scale and it varied products like Android operating systems, cloud storage, hardware and software are widely used as well. Google dominance with the Android platform is such that it rakes in huge amount of revenue from its Android App Store called Google Play Store. Google is always looking forward to enhance the user experience on its Android platform which is mainly done through providing updates to its Os with passing year and bringing better apps on its Play Store. Quite recently Google has begun live testing of the Instant Apps which is expected to make life easier for the developers as well as companies in managing their mobile footprint.

What are Instant Apps?

Google is working towards removing the traditional way of downloading and installing apps to enjoy it on the smartphone. Google has christened it as Android Instant Apps which will allow users to run apps instantly on their devices without of installing it on their devices at all. This will be helpful in determining whether this app is worth storing on the phone or spending a certain amount of mobile data.

The elegant idea behind Google’s move of doing away with the installation is to bring a unified experience to the users wherein they will be able to make most of apps and it will encourage developers to create such apps which are most likely to be installed by the users. This move is seen as win for the developer as more number of users will be able to make use of their apps initially.

Google has selected a certain number of developers who are proactively working towards creating and refining the experience. Some of the prominent developers being the first Instant Apps participants namely Buzz Feed and Periscope.

Instant Apps is a treat for developers

The greatest advantage of Instant Apps over current breed of apps is that it will make it easier for the developers to work on more modular apps.

Modular apps are the new big thing in the developer community which allows them to tie up the app directly to the Web support thereby making maintenance and updating of the apps an easier affair.

Instant Apps will not just help in offering the native app experience to the users but it will also result in hiking the sales, subscription and increase the data based activity for the companies.

The reason behind going for Instant Apps

Over the years, advertisers and companies has found that Google Play Store can help in making a huge amount of revenue by offering more number of useful apps and bring support on their native devices. But now companies are growing weary of offering support for multiple apps, mobile presences or silos.

Instant Apps is bid from Google to ensure that the corporate magnets find it easier to manage their mobile efforts in a simple and elegant fashion. Another reason is given the idea of blending the web and apps together which will result in enhanced user experience on the Android platform.