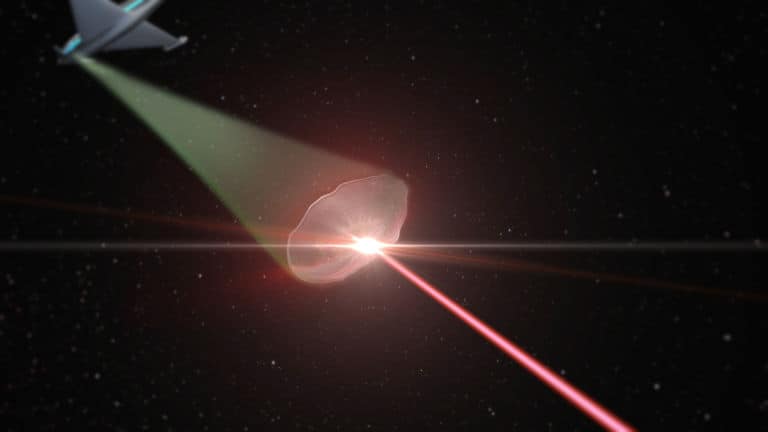 If you are fan science fiction or even if you aren’t then you know the dangerous capabilities of the laser based weaponry system. It can certainly help in strengthening our planet’s defense against any kind of threat both within the planet and in the galaxy. A defense and aerospace firm from UK named BAE Systems has come with a conceptual model wherein laser will be used as a weapon for planet’s security. This concept is called Laser Developed Atmospheric Lens (LDAL) which would make use of the lasers specifically to inonize and heat up the earth’s atmosphere. This will help in creating a refractive shield for scattering enemy laser beams with ease and grace.

Putting lenses in the sky

Most of the conventional lens used in the modern society is made up of either glass or the plastic and this concept based on the same grounds. We have already seen that simply making alteration to the shape of the lens one can easily focus light to a particular point. In short this exercise helps in scattering the light outward and diffusing it together to create a beam. The LDAL concept materialized by the UK firm works in similar fashion wherein it creates artificial lenses right of the glass in the atmosphere by making use of the lasers.

In these concept researchers has put forward the idea of placing laser beam ejectors on the airplane which will continue firing a small amount of energy bursts which will ultimately help in creating lens front or behind the plane. The best thing about this lens is that it will move as per the direction of the aircraft and it will also safeguard it from laser attacks from others. Laser beams has the potential to offers varied application which ranges widely from simply monitoring to turning completely on the defense mode.

Not today but 50 years later

As stated earlier this is only a concept the realization of it with complete success will take as much as 50 years. BAE Systems is hopeful of getting this concept to the implementation stage within next 5-10 years and we will be see glimpses of this technology by the next decade. The science behind this concept is extremely accurate and sound which ensures that its viability to be higher level.

Future prospects of this concept

The best things about this laser concept is that it would have to go all out in the space to become function as it work great even on available ground based systems. It can work like a charm for propelling the Breakthrough Startshot mission for its ambitious voyage to Alpha Centauri. This particular mission has been funded by a Russian Billionaire named Yuri Milner who has given greenlight to make use of Earth based lasers to propel the small spacecraft thereby offering it a 205 speed of the light. Using the atmospheric lenses does appears to be a sensible choice as it offers focused way of using and guiding laser is the most sophisticated manner.