Google has revealed its humanoid robot, which has been set free in the woods to learn how to run free. The Atlas robot which has been created by Google owned firm Boston Dynamics is a figure of 6 ft. 2 inch tall, weighing around 330lb. The founder of Boston Dynamics, Marc Raibert, had spoken regarding the research and portrayed footage of the project at the time of his talk on August 3, at the 11th Fab Lab Conference and symposium in Cambridge, Mass.

Most of the competitors utilised the Atlas robot as a base on the DRC with teams adding their own software though Boston Dynamics have stated that its own software has taken some of the major steps forward and that they have been working on humanoid robots derived from these models.

They have been researching on the way humans as well as animals tend to move in an attempt to replicate as well as improve on it. Their focus lies on balance and dynamics, working in way similar to animals and people, in moving quickly in order to avoid falling. Raibert has revealed that the forest tests have been successful. He has stated that `their interest is in getting the robot out in the world; it is totally different and can’t predict what it is going to be like’. 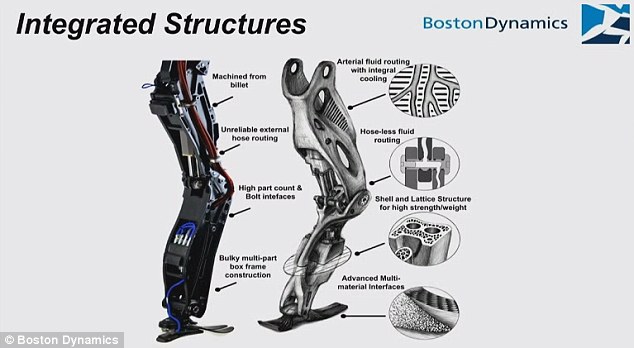 He has further added that all types of stuff tends to happen and they are making good progress in making its movement sort of within shooting range like ours and if kept pushing would get there. To test the abilities of the Atlas Robot, the firm has also been using weights as well as boxing gloves. Boxing glove has been used by researchers, on a long pole to try and push the 6.2 foot humanoid in an attempt to test its balance systems.

Tests that were carried out at the Florida Institute for Human and Machine Interaction by the researchers, helped in the development of the software for the robot. A video clip was entitled ‘Video demonstrating experimental push recovery and fall avoidance techniques on the Boston Dynamic  Humanoid Atlas Robot at IHMC’. The Atlas Robot claims 28 hydraulically actuated joints as well as stereo vision and seems to be one of the most advanced robots that have ever been created. 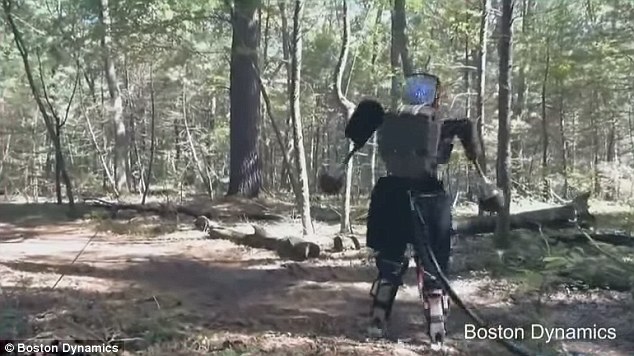 Atlas Robot will now be carrying 3.7 kilowatt-hour lithium-ion battery pack with the capability of one hour of `mixed mission’ function which would include walking, standing together with the use of tools along with other movements. The team has informed that `in order to achieve a level of manoeuvrability in robots, researchers at IHMC are looking towards nature.

Inspired by the speed of cheetahs, the endurance of horses, the manoeuvrability of monkeys as well as the versatility of humans, IHMC researchers are on an expedition of developing legged robots which would be fast, graceful as well as efficient with the essential mobility in order to access several of the similar places which human can. Google has also created a system to enable robots to download new personalities online, wherein the system would permit machines to download them just the same way to an app and also have a different personality for each user.