The modern science is going through such a boom period that if you miss one day in your life you will be bewildered by the emergence of new technologies and products. A Canadian firm is all set to turn science fiction into reality with its plans of building a tower, which will allow astronauts to take an elevator part way into orbit. This may be far-fetched and quite impossible in first read but science is all set to make it a reality.

The Features of the Inflatable Space Elevator

The idea for building a inflatable space elevator isn’t new it was proposed way back in 1895 by a Russian scientist Konstantin Tsiolkovsky after he had seen the Eiffel Tower in Paris. A reference to such space tower was made in a novel by Arthur C Clarke but due to technical barrier and scientist limitations this idea was long stuck in the conceptual stage. 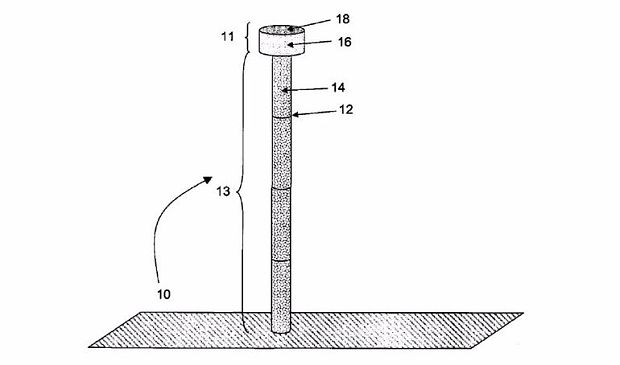 In August a Canadian Firm Thothx Technology was granted a US patent for the ‘ inflatable space elevator. It is quite modest in comparison but it is showing a lot of promise in significantly reducing the cost of space travel.

Another Canadian firm called The Pembroke is building a 20 kilometer (12 miles) high tower. This tower is supposed to have a platform at the top, which will aid in launching payloads, observation, scientific research, communications and tourism in the space. The plans are in favor of constructing the tower with the help of pressurized, stacked cells, which is laid in the patent. Furthermore, elevator cars will also be allowed to ascend or descend on the outer surface of the elevator core structure. Apart from outer core, elevators can even be placed in a shaft on the interior of the elevator core structure. 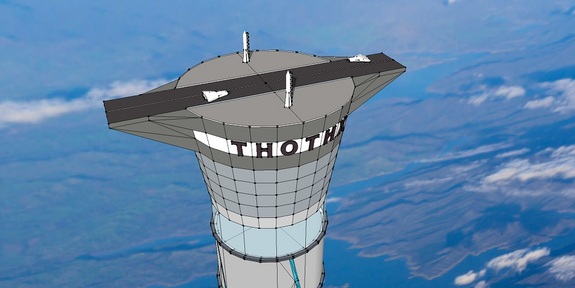 The advantages of the space tower

Space tower is expected to offer a large number of incredible advantages to the space exploration firms, governmental agencies and astronauts alike. Hauling payloads on an elevator directly into the space will result in eliminating the atmospheric drag. The payload can easily be launched in the space from stratosphere requiring less fuel and energy for propulsion. The Canadian firm is estimating that with the creation of the tower the cost of space flight will be reduced by one third.

In the 1979 novel called Fountains Of Paradise, Clarke had already described and proposed a similar payload delivery system using a huge cable anchored to an orbiting platform. This particular concept required a 35000 kilometer long cable. Given the current materials at disposal, it is not possible to build such cable and provide a counter overweight, which could be a size of a small asteroid.