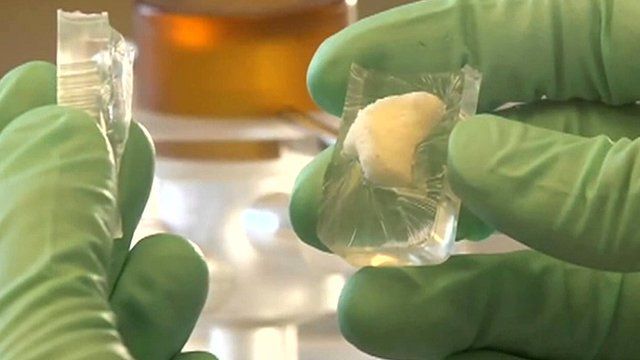 In several cases, surgeon tends to cut open a patient to produce a piece of bone and then cut it them open again to fix the graft in its new place. Another option is that they tend to use bone from a cadaver that may carry some danger of infection. Now young scientists are of the belief that they have a better option. A US company has been utilising a mixture of computer aided designs, 3D fabrication together with stem cells in the creation of bone replacements. EpiBone, a fledgling medical start-up seeks to revolutionize bone surgery and tends to use a CT scan of the location in need of a bone replacement and develops a scaffold from animal bone that had been stripped of all it cellular material.

The stem cells which are taken from the fat tissue of the patient are added where the structure is held in a bioreactor while it grows for a period of three weeks. CEO of EpiBone, Nina Tandon who co-founded the New York City Company with Sarindr Bhumiratana in early 2013 commented that `what was being done was interesting since it is where science fiction meets reality.

The company claims to be the first company in the world which is growing living human bones for skeletal reconstruction.Presently, the company is at the animal research phase though clinical trials in humans would tend to start within the next two years if it receives approval from the US Food Drug Administration –FDA.

Their start-up links the growing field of regenerative medicine that has been employing new technologies like 3D bioprinting and 3D Fabrication to produce living human tissue and bone and in spite of some apprehensions, many companies expect to engineer complex human organs, suitable for transplants, in a decade or two. The scientists first take a CT scan to measure the precise shape and the size of the bone graft that is required and creates a 3D digital model that helps a 3D printer to develop a scaffold or mould to house the new bone.

The next step is to extract adult stem cells from the sample of the fat of the patient which is put in the scaffold and then placed in a bioreactor which is an incubator where they tend to revive as a personalized piece of bone. The entire 3D Fabrication process takes around three weeks.

EpiBone, so far has tested only it process on pigs and Tandon is hoping to begin clinical trials on human in the next several year. She intends to bring her start-up’s proprietary technology to the market within eight years. It would not be an easy affair but the idea of printing human organs and tissue is yet new and no one is aware of the long term effects of a graft of EpiBone.

However, Tandon who had studied biomedical engineering at Columbia University seems to be optimistic. She prefers the idea of looking inward to our own biology, instead of external technologies, to solve medical problems. She had informed CNN that she` is excited about the idea of congenital defect being a thing of the past, with no kids born with cranial defects anymore and would love to see no one ever needing revision of surgeries after a knee replacement since their implants will last as long as they do’.