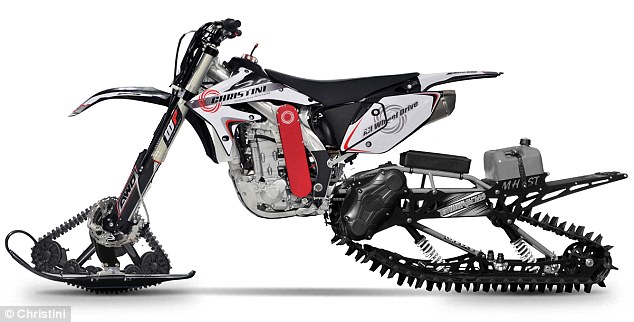 The bike lovers are now gifted with a much stylized version of motorbike that is built to match their style and elegance. There is always a craze amongst the youngsters to ride bikes as they feel it adds an extra charm to their personality rather than moving in cars. This II-Track Snow Bike that tends to represent a different kind of status quo is designed by a renowned automobile company in a such a manner that it makes you feel much more powerful once you include it as a part of your style statement.

Yes, the long wait has come to an end as Motorcycle by AWD Christine has launched the most extreme version of bike that was not issued by any other automobile company till date. This is more of a combo vehicle oscillating between a snowmobile and a bike. 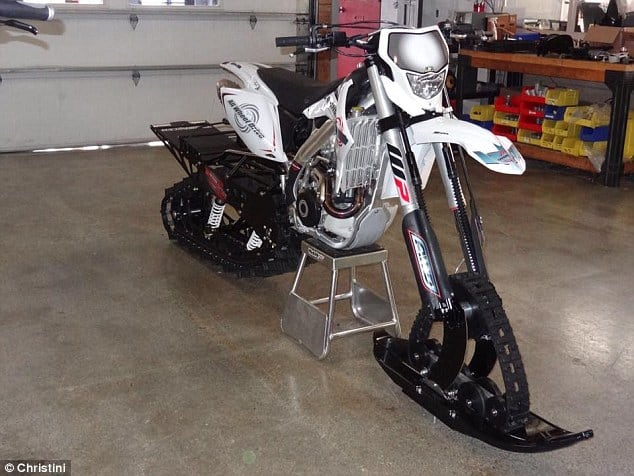 It is named II-Track Snow Bike; Bike that can Track all paths, accompanied both by a ski in front and tanks similar to tracks. This addition allows the vehicle to move easily over all sorts of terrain. II-Track Snow Bike is built to overcome any obstacles that come in its way. II-Track Snow Bike assures you a happy and comfortable journey without making you realize about the path you have under taken.

The automobile company that has unveiled a new revolution in the field of motorcycles is famous for comprising of all types of technology relating to wheels and simultaneously offers a wide varieties of full length Double Sport, Off road, Race bikes. The firm is rest assured to provide its users every limit of extremacy folded with ease and comfort where you can even move ahead gallantly through the wintry terrain as well. 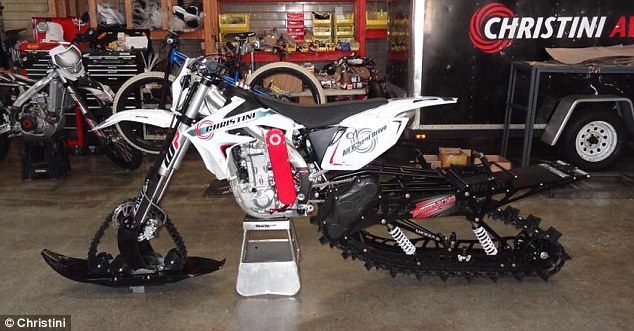 If we compare to its competitors, the only feature that is lacking in II-Track Snow Bike is having a ski in front that enables the vehicle to glide easily on rough terrain. The other features involved are all up dated in terms of its efficiency. One of the most enticing element is that it consists of a tread seconded by power along with an upgraded kit that fits between the bikes front forks.

The tracks are fed into the vehicle in such a manner that you can adjust the split ski configuration as per your preference and adjust to several changing conditions. You can also use the II-Track Snow Bike for enjoyment and military purpose. Besides the track is adjusted in such analog with the machine that you can use it both as system of brakes and as a source of traction.

The II-Track Snow Bike is bestowed with several other features like the presence of such standardized addition of bike that makes it adjustable to all sorts of tracks.

This is really an innovative bike that grants all the features you always aspired for and hence, is no less than your dream bike. But, the only limitation is that you will be required to have either four strokes of 450or two strokes of 300 as your base machine. All other angles are already developed in it.