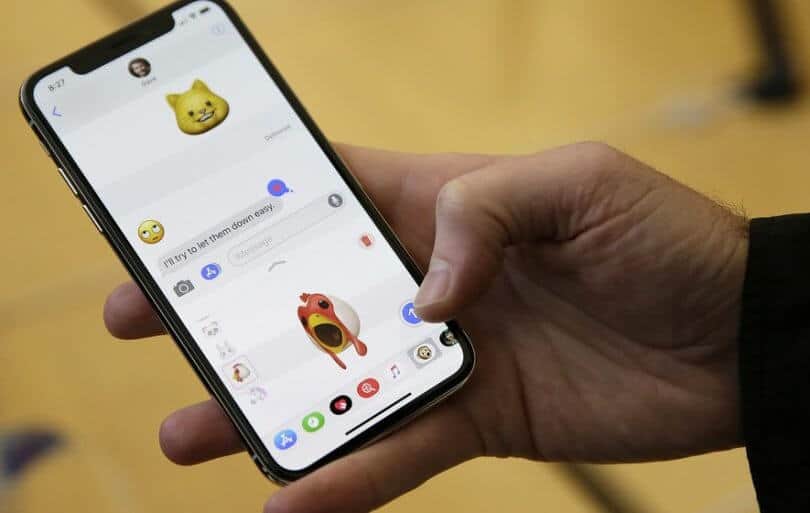 The iPhone X is one of the best devices of the year. And not just because it is the terminal that commemorates the 10th anniversary of the 1st iPhone, or because it is one of the most powerful. Also for its extra functions. One of the most spoken is the already well-known Animojis. A feature that has aroused great interest by users of the iPhone X, making it the 1st thing to try on your new mobile. In the last hours a way to use the Animojis of the iPhone X has become viral.

In 1st place, we have to make clear what the Animojis are. Well, as its own indica, are animated emojis that are available exclusively for the latest Apple device, the iPhone X. No, they are not like the Stikers we can find on Snapchat or in any third-party app. The function uses our face, thanks to the face recognition technology of the iPhone X. With this, we can make unequal expressions and the iPhone will detect and brighten the emoji with these expressions. Well, users have taken the opportunity to try this feature, doing nothing more and nothing less than Karaoke with the different emojis that are available.

Billions of dollars in R & D afterwards, the Animoji invade social networks in their first weekend

Craig Federighi warned in the presentation of the iPhone X in September: “If you had ever wondered what humanity would do with the most advanced facial recognition technology in the world, now you have your answer.” The executive of Apple thought that we would use it to send animated poops that would reproduce our gestures and messages. But he never thought that less than 24 hours after the launch of the iPhone X, the matter would get out of Apple’s hands.

After a millionaire acquisition of the company behind Kinect and hundreds of millions of dollars later invested in R & D, a new way of expressing itself with the Animoji has been born. From karaoke to imitations of politicians, the Animoji do not plan to stop their invasion of social networks.

Get ready for Animoji politicians and karaokes

If the social networks act at the speed of lightning before any event creating memes, the jump to the Animoji was inevitable. The one that started this fad seems to be this tweet from November 2, coming from Harry McCracken who obtained a test unit of the iPhone X (warning, there is a danger that the songs that you are going to listen to later will stick to you the rest of the day ):

If you thought that the Gasoline song had gone out of style, rethink it again. Because it has been resurrected by the Animoji. This animated karaoke has more than 170,000 retweets and almost 300,000 likes on Twitter even though it warns you not to buy the iPhone X : ) (a joke)

In the end, we do not know if Apple is aware of what he has done. The Animoji avalanche is a reality and the initial furor that is unleashing is a free promotion of the capabilities of the iPhone X. But at a cost that we are already suffering.

Jokes aside, the Animoji are now integrated into the Messages app. You can record them and save them in your photo reel to share later in any messaging app or social network, although the most advanced productions have a lot more work behind them. We’ll see if the company decides to release the kraken and open its integration with third-party apps like Instagram, Snapchat or WhatsApp.