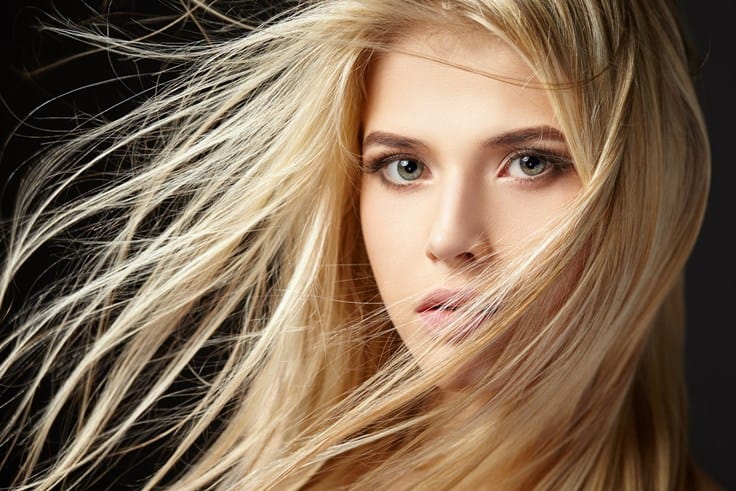 Eyelashes, which can be used to turn on the light, tattoos for diabetics and hair that send messages: With its “Beauty Technology”, MIT researcher Katia Vega makes the human body an interactive platform. “So we stay much more ourselves as if we only carry something on the body,” she says.

MIT researcher develops hair extensions, which can be used to call emergency help and special tattoos that help diabetics keep track of their blood glucose levels. MIT researcher, who works at MIT Media Lab, combines her projects under the term “Beauty Technology“. MIT researcher explains in the interview what is behind this and why technology and the human body should get closer.

Beauty Technology integrates electronics into cosmetics, which can be applied directly to the skin, the fingernails or the hair to transform the body surface into an interactive platform. Imagine you have eyelashes with which you can lit the light. Or hair that, if you place your hand over it, send messages. Or fingernails with chips to open the door. Our body becomes a kind of device that is connected to other devices. It is a new era of wearable technology.

The MIT researcher Vega said, ‘Cosmetics have always existed. I have a red lipstick, my mother has a red lipstick, my grandmother, too. Its functionality, however, has always remained the same. I give cosmetics a new function by making them interactive. And the technology also comes closer to our body.’

Until some time ago we had only laptops and smartphones. But nowadays there are all these additional technologies that we need to integrate, such as smartwatches or Fitbit’s. These technologies are not part of our body, but we must put them on every day. Your body, on the other hand, always remains the same. So if we move the technology to our body surface, we can stay as ourselves and use all these technologies at the same time.

The question is: how can you hide the technique so that you still look pretty – or whatever you want – and at the same time have some kind of new strength.

MIT researcher said, ‘I think these things will also be used by men. Boys are already using cosmetics such as shampoo. One of her projects, winky note, ‘I developed for a man: Felipe, a former Jiu Jitsu champion, who injured himself during training and has since been paralyzed. We have developed a way for him to use the TV with his eyes. When he blinks with his left or right eye, he can change the channel. When he closes both eyes, he can turn the TV on and off. But I also like the idea that I develop technology especially for girls, because there is too much technology for men.

“The Dermal Abyss” is a new project from MIT Media Lab and the Harvard Medical School, which illuminates the possibilities of an interactive tattoo. Their motivation was to create a portal in the body by making the skin a display that changes the color depending on biodata. Someone with diabetes, for example, can tell by the color of his tattoos whether his blood glucose values have changed. This allows you to see information from the inside of the body – without having to make any tests. They have now made a proof of concept. To really implement it, many tests are still necessary. But they received a lot of feedback on this project. It surprised them that so many people want to use this technology. It also demonstrates the opportunities biotechnology has.

MIT researcher is not interested in making only health related projects. What she like about Beauty Technology is that she does not develop applications, but technologies, for which there are different applications. For example, if you think of the hair extensions: She has edited them, looks like normal extensions. So when you touch your hair, a machine learning algorithm can differentiate the different touches. Health is a good example, but it is also about lifestyle, fashion, style and performance or safety. It shows that technology is not just a thing but can be beautiful, stylish and also playful – just like we humans do.