Researchers from Massachusetts Institute of Technology have come up with a small wireless trackpad which can be worn on the thumbnail. This prototype Wireless Trackpad on a Thumbnail known as NailO is identical to the stick on nails which is at times used as an accessory for fashion purpose.

The NailO is a small trackpad which fits on the thumbnail enabling the user to scroll through content as well as perform various other functions. This can be done on a mobile device or a computer with simple taps and swipes with the help of the index finger. It is attached to the person’s thumb and is controlled by running a finger over its surface.

The researchers state that the advantage of the device is that it is distinct and running a finger over a thumbnail is a natural activity and most of the people would not notice that this is a deliberate action in controlling a device. 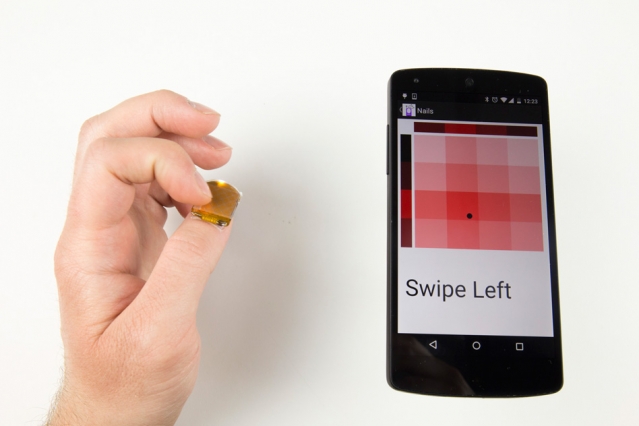 This Wireless Trackpad on a Thumbnail could also be an easy control choice than a traditional trackpad or mouse in some conditions. A video demonstration of the device portrays as being used to scroll through a recipe while the user’s hands are busy holding spoon in the preparation of food.

The processor, battery sensing chip as well as the Bluetooth radio which are included on a circuit board, is located under the capacitive trackpad.

The two are linked through a small ribbon cable which indicates that the trackpad is not relatively thin as a stick on nail though reducing in size is one of the focuses which the researchers are aiming at.

The researchers are considering in consolidating the components into a single chip that would make it smaller, reducing the power consumption, according to a graduate student in media arts and science and one of the developers, Artem Dementyey. 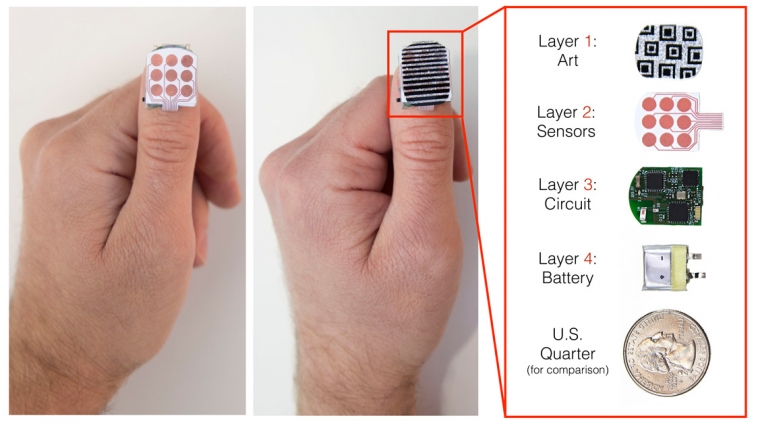 Talks are on with manufacturers in China for the purpose of battery which could fit in the space of a thumbnail which is only half a millimetre thick. Details of the prototype would be presented by Computer Human Interaction conference in Seoul, South Korea very soon.

Wireless Trackpad on a Thumbnail wearable can be used in a variety of situation. For instance, if one has messy hands at the time of doing some DIY and the mobile tends to go off.

Rather than getting the handset in the mess, one could instead operate it using the thumb based trackpad. Similarly if one is preparing something for dinner and does not want to get the ingredients on the tablet’s display each time it is scrolled through the recipe, then a little swipe across the thumbnail would be sufficient.

Those who prefer reading, using their smartphone could also find this device helpful since the movement and the efforts needed is just to push down the page with NailO which is quite less when compared to the constant swipe of the display with the finger.

In case of heavy users, it could also reduce any ligament strain. To create the NailO, the designers had to squeeze not only a capacitive sensor and a battery but also three separate chips. Besides, it also has additional advantage like the feature of sending a text message during an important meeting or as an extra input surface for mobile devices.