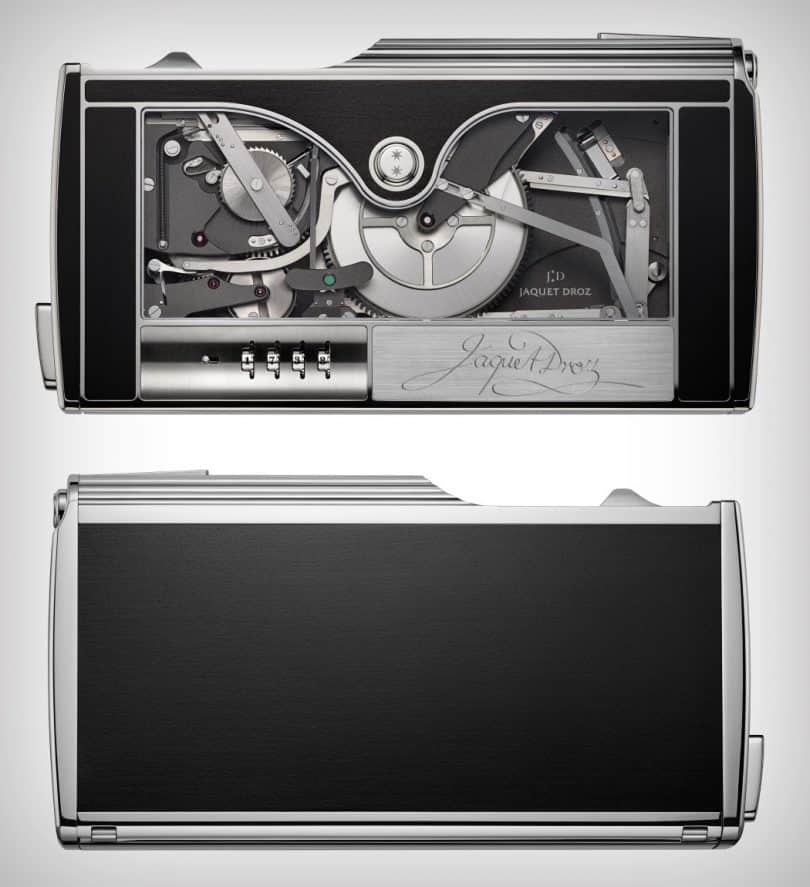 The Signing Machine; Tech of the Future or the Past?

Times are really changing when you can get a machine the size of a smartphone to sign your very own documents. Wait! Don’t be alarmed, this signing machine comes with a code, so you don’t have to be worried if it is stolen too. Ever heard of the name Pierre Jaquet- Droz? well neither have I until now. The name mentioned has some relevance to the topic today. The initial signing machine was created in the year 1738, yes you read right 1738. The guy in question used a complex system of mechanical parts to get the first signature machine to write on paper or in the year 1738, parchment. The signing machine then used a quill or what we now like to use a pen to write stuff on parchment, much to the amazement of royalty present at the time.

Fast forwarding a bit or maybe not, 300 hundred years later, a company devoted to creating mechanical marvels has now produced the modern version of the signature machine.

The creation of the modern Signing Machine:

Taking a peek inside:

The signature machine comes with a window that lets you take a peek into the inner workings of the device. With its 585 parts all working in unison to create a signature, would surely be a treat for anyone’s eyes. You even can take a look at an arm that holds a pen that moves along the X, Y and Z axes. Why Z? So that the signature machine can lift the pen off the paper when it’s done writing.

Getting the Signing Machine to sign your own name:

I mean it is pretty cool that the signature machine can sign the name of its first owner from 1738, but what would be even better would be if the signing machine could sign its current owner’s signature.

The signature machine comes with a plate that contains the signature of its owner. It is also custom made to each customer and you needn’t worry, with a 4 digit code, no one can misuse your signature.

Now for the Price Tag:

For such an exquisite device, no one would imagine a small price tag. But what you won’t be able to digest is that the signing gadget can become your very own at $367,500, which is way above what even I imagined.

Your next question maybe, Do I get the pen along with the signing machine and I can reply to that,thankfully, yes. For $367,500, the least they can do is to throw in the pen too, right?