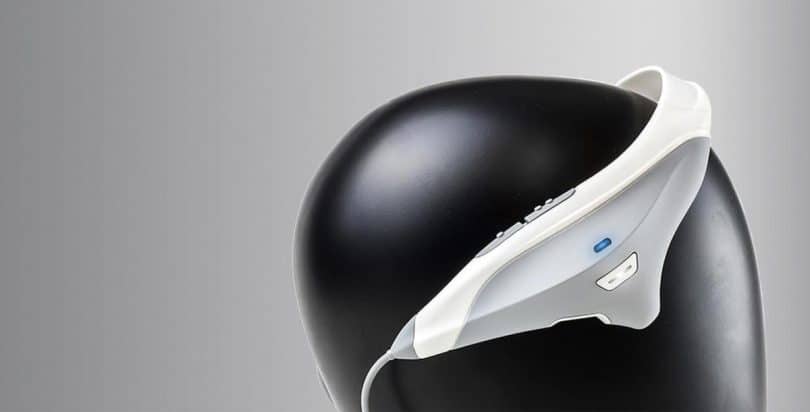 The Californian company Modius is convinced that the brain controls the weight increase and decrease. Therefore, the company developed a device that should provide for a washboard belly during any diet and exercise.

Without losing sports: Modius wants to make it possible

Bacon shakers, diet pills, diet shakes … The Californian company Modius Health now joins the squad of the so-called weight loss miracle and promises “slimming with this device”. The device is currently financed on Indiegogo and costs almost 300 US dollars. The gadget is already financed, after only a few hours, and has already entered almost 200,000 US dollars instead of the originally 50,000 US dollar.

Based on studies from the Californian University of San Diego, Modius Health built this gadget. At the UC San Diego, researchers found that a part of the brain, the hypothalamus, controls both hunger and fat burning. If the hypothalamus is stimulated via the hearing-balance nervous system, the hunger sensation should be set faster in the case of food intake. Thus the users cease to eat more quickly. In addition, the stimulation stimulates fat burning. The company which made this wonderful device uses this principle in its gadget. The auditory nervous system is applied behind the ear and the posterior, which is why Modius has actuators that send impulses to the brain.

Wikipedia explains here a lot of this about the stimulation of hypothalamus. The company does not provide any information about battery runtime or capacity, memory or operating system. Modius only claims that it should be used only 45 minutes daily and five times a week to experience the fast results. The American agency for life and medicine said that the device has already been tested and found to be safe. The authorities classify it as a wellness product.