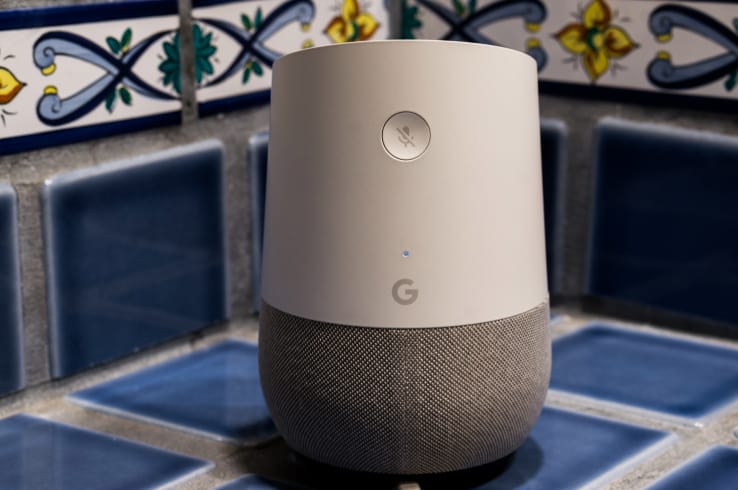 Google has also brought its personal voice assistant. Google Home is impressive at first, but quickly the first fascination flies.

Personal language assistants are similar to a magic trick at the moment – they feel like magic, but in reality, they are just a trick. If the one does not work, the big disappointment comes quickly to the audience. The moment of astonishment, the magical moment has vanished instantly.

This is the same with Google Home. The Google’s nameless wizard, integrated into a speaker, plays music by voice, answers questions about the weather, or turns off the light when you buy the right light bulbs. These moments fill you with almost childish joy. As if a digital butler would read off every wish from the lips.

After a few minutes the elegant illusion cracks

“Play the penultimate song again,” I call Google. The answer: “I have not learned yet.” Even more obvious is when I ask my colleague: “Ok, do you actually own this FedEx package?”, And Google itself then with the words “On Facebook I can not yet Access “.

The simple gameplay trick behind the device becomes clearer with every such experience: what the Google assistant can do is not based on artificial intelligence. They have created libraries with keyword searches that simply start the appropriate app or trigger a predefined action. Thus the illusion with prefabricated and standardized conversations is to be maintained as long as possible.

The Google Assistant will be added to the previous wizards. Compared to Amazon Alexa, it still performs better in the tests. Like its predecessor on the Google smartphone pixel, it sometimes even manages to answer questions in the context of a conversation.

The wizard is not only available on the loudspeaker, but now also on every current Android phone – initially it was only on the pixel. This could be the decisive advantage in the fight with Amazon. Users only need to learn a set of commands, so they can simultaneously control speakers, telephones or even their own Smarthome.

Knowing the right commands is the Krux to have fun with the device. I say, for example, “Dim the light”, Google immediately knows what I want. However, when I try to “darken” the room, the assistant knows nothing about it. With “light on 70 per cent” it already looks completely different. Although the app makes suggestions, there is no list of all the working commands.

The synchronization between the phone, speakers and additional Smarthome gadgets is still far from perfect. Again and again, it happens that instead of the loudspeaker itself its relative from my telephone responds to a command, or that the selected music on the phone is not played on Google Home, but via the internal microphone of the smartphone.

Combined with other Smarthome devices, such inadequacies become even more obvious: With the smart Philips light bulbs, the corresponding app can be predefined several color profiles for the light. I can not activate it using this Digital Assistant. He does not understand more than the most important basic commands. Time for the editors of Google to write more texts and actions.

Google Home always listens, except the microphone is disabled by a button on the back. With the collected voice commands, which are so far in vain, Google will probably write new reactions in the coming months. The wizard will not learn and become wiser. Rather, new routines will gradually lead to fewer moments in which the illusion of the Google Home is destroyed by a stupid response.

Google’s smart speaker is not a bad gadget. And for 149 euros also hardly more expensive than the comparable loudspeaker from Amazon. Home is even the best assistant in the market. Except you want to buy by voice command – that can only Alexa of Amazon. The expectations of the Google Home must not be too high. Then it is also possible to be satisfied with him. As it looks so far, the speaker will not be able to do more than currently Siri.

After the first enthusiasm has subsided, I use Google Home only for a few basic functions. I confirm the data from the analysis company Futuresource: Most people use their assistant after only a few weeks, mainly as a voice-controlled music box. The least at least works on Google Home really well. But you need a premium account from Google Play Music, Spotify or Deezer.