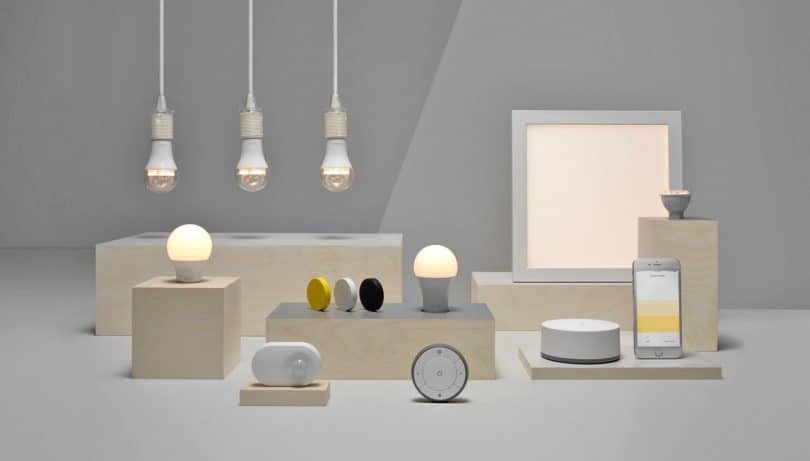 IKEA has announced that this smart illumination concept TRADFRI will be compatible with all major smart home assistants this summer. Also a control via app and Siri voice command should then be possible.

In the coming months, IKEA plans to add some new features to its Smart Lighting collection. According to an official press release, the lights will be compatible with Amazon Alexa, Apple HomeKit and Google Assistant. Bjorn Block, Business Leader for IKEA HomeSmart, said, “IKEA HomeSmart is a cost-effective technology that makes people more affordable. By being compatible with other products available on the market, we are meeting the desire of many people to more easily control their smart home products. “

The company had already announced its Smart Lighting collection long ago. The same has been available since April, including the TRADFRI app. According to the company, an update is shown for the app that ensures the compatibility with the various Smart Home wizards. Then there would be the possibility to control the domestic lighting system via Home App and via voice commands to Siri and Alexa. Gadgets, such as thermostats, door locks and shutters, activated via smart home assistants, should also be compatible with its smart products.

With its Smart Lighting collection, it offers an affordable smart lighting concept. For the coming years the company has already announced further products for the Smart Home. However, the competition is not asleep: There are also some alternatives to the IKEA luminaires in September 2016, when the Swedish furniture house announced its plans for Smart Home for the first time. Ultimately, it is consistently taking the lead with the new collection – and is likely to help keep its absolute dominance in terms of furnishings.

Ikea will then provide updates for the Tradfri gateway software and for the Tradfri app. This includes the integration of a language control for the lighting using Amazon Alexa and Google Assistant and the possibility to set up and adjust the lighting using the Apple Home App and voice commands to Siri. In addition, the Ikea products will then be compatible with other accessories such as thermostats, door locks, sensors, fans or roller shutters activated via HomeKit, Google Assistant and Amazon Alexa.

Ikea expanded its offer for the Smart Home. The Swedish furniture house giant will be selling a smart lighting collection including app. The app allows the Ikea customer to control the lighting from a smartphone or tablet.

You can turn the light on and off by dimming it. In addition, the user should switch between warm and cold light and the lighting can also “personally” design, as Ikea thinks. Say: You can adapt the lighting to the respective activity and create the desired atmosphere. Really new is not that is exactly these possibilities Philips Hue has been for years. However, the Hue lighting system with bridge and smartphone connection is not exactly inexpensive: the starter kit with bridge and three lights costs just under 130 euros and up to 200 euros.