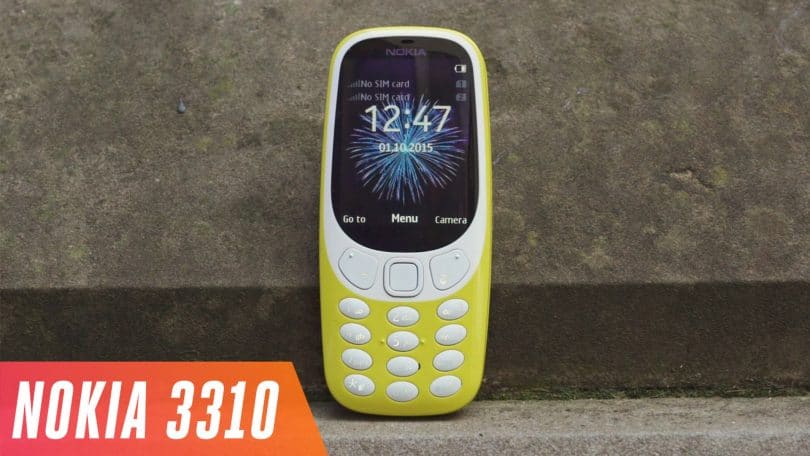 The hype about the new edition of the Nokia 3310 could hardly have been bigger. Unfortunately, the cultic “Dumb Phone” only meets its condition in the test.

Even those who only superficially searches, in the net of these days hardly around the Nokia 3310 hype around. The enthusiasm at the announcement at this year’s Mobile World Congress (MWC) was probably only surpassed by the actual release.

The retro favorite is Traders speak of “one to two weeks” for subsequent deliveries. The chain Car Phone Warehouse even said that there was “ten times more interest in pre-orders of the Nokia 3310 than with any other flagship device after the MWC in our history”.

The interest in yesterday’s technology seems to have reached its climax – in any case, prodigitalweb.com hopes that it is so. Why? That’s why, after the initial nostalgia has subsided – and that only takes minutes, not hours – life with the Nokia 3310 is not as pleasant as you can remember from the year 2000.

Let’s begin with something positive: The Nokia 3310 is a pretty phone. Many had complained about the harsh colors to choose from. Prodigitalweb.com, on the other hand, finds that the design contributes greatly to the status of the mobile phone as a cool status symbol.

The new Nokia 3310 is not a copy of the old – far from being honest. But the response from the year 2000 is still loud enough to remind us of the old, faithful, indestructible communication tool of that time. The new Nokia 3310 is thinner and has a larger screen (now in color), but the curved operating buttons under the screen and its white border still create enough retro feel. Also the T9 keyboard conjures us a smile on the face. The device is well in the hand and is with 80 grams pleasantly light in the pants pocket.

What the 3310 is missing: GPS, Wi-Fi, 3G and 4G (more than Edge with 2.5G is not in it). What you get: Basic phone features, SMS, a clock, very restricted web browsing and a new version of the cult game Snake, which is to exhaust the 2.4 inch color display (240 × 320 pixels) fully. There are also simple apps like a stopwatch, the weather report, a voice recorder and a built-in radio. This Nokia 3310 doesn’t having java application support. And it also lack of front camera which is the important prospect of a smartphone.

Micro-USB is used for charging and at the lower end the 3310 has a 3.5 mm headphone jack – very pleasing. The built-in memory is 16 MB, unfortunately only 1.4 MB of it is usable by the user, so you need a microSD card with up to 32 GB additional memory space.