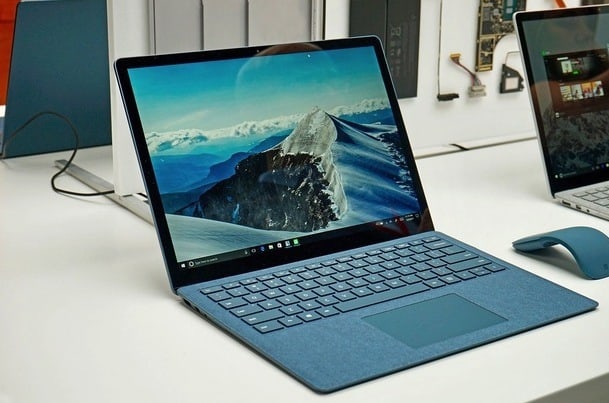 Microsoft has built a notebook that looks less ahead of the competition. The new surface laptop in the prodigitalweb.com test.

Microsoft Surface Laptop has nothing to say about the future of technology. This company has not stopped to think about what things will look like in 2025 – what connections users need, what type of device they are using, and what they will keep from screen rims. Instead, Microsoft has built a laptop that is optimized for this year. 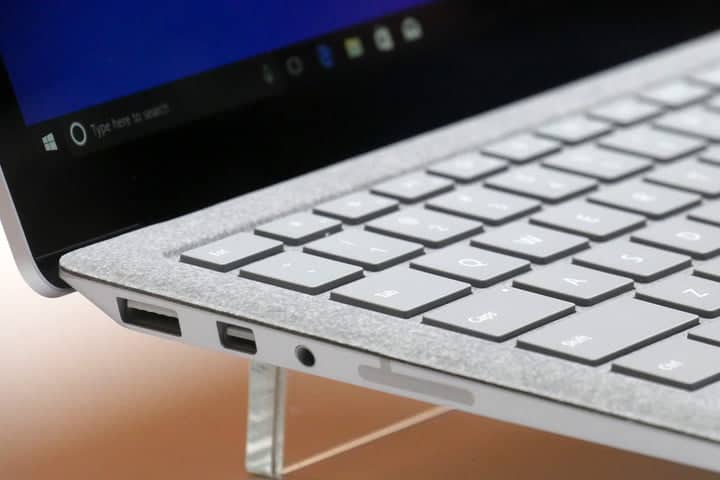 But if you would ask 1000 people today what they wanted from a laptop, and packed the answer into a package at least 1150 euros, you would probably get something like the surface laptop. After a week with the Microsoft Surface Laptop, I can say that it looks and feels very good – especially the material that covers the keyboard and the trackpad. It is an excellent laptop, once you have updated the mutilated version of Windows, which is preinstalled on the device.

The Specs can compete with any other Windows laptop of the 1000 Euro price class: good enough for massively browser tabs and Word documents, for high-end gaming rather not. However, the design stands out. The surface laptop has clear, clean lines and a nearly impeccable metal surface. An appeal, as it is otherwise only used by Apple products. Microsoft Surface Laptop is available in burgundy, blue, silver and gold.

Also the material speaks a lot! It is made of Alcantara, a suede-like polyester, which is known from cars and Louis Vuitton bags and is also becoming increasingly popular in consumer electronics. Microsoft has put it over the trackpad and the fagade to create a warm soft place for the hands. This looks good and feels so, but it may not be particularly durable. After only a few days, the material blew at the edges, so I did not get rid of the feeling that I could ever shake it (even if Microsoft assures that it will not happen). A plus of the coating: spilled liquids accumulate in droplets and can easily be wiped away with a paper towel.

On the right side of the Microsoft Surface Laptop you will find the wide, thin connector for the Microsoft’s own power supply. On the left is a headphone jack, a mini-display port and a single USB 3.0 port. The latter has provided for discussions. USB-C is supposed to be the future, it’s faster, smaller, and all of them are switching to it. So why does Microsoft rely on the obsolete USB 3.0? Because virtually all printers, cameras, external hard drives and podcast microphones are still in use today. Microsoft has made a pragmatic decision: the Microsoft Surface Laptop makes life easier today and dongle-free – and perhaps in a few years more difficult if there are more USB-C devices. Personally, I think a port of any sort would have been the right way (especially: who uses miniDisplay?).

I like it very much that Microsoft has built a laptop for the here and now. However, you could still have a look at some more future-oriented Windows models in Microsoft. For example, the edgeless screen of the Dell XPS 13 or the 360-degree joint of the HP Specter X360. Both would make the touchscreen and stylus of the surface laptop more useful. However, without such features, I unfortunately have to pass the keyboard to zoom and rotate objects, and I do not find a proper angle for using the pen. The surface laptop is touch-enabled, but unfortunately still optimized for trackpad and keyboard. Nevertheless, these are convincing: The trackpad is smoother than almost any other that I know. The keyboard has a lot of room and play, even if the slightly concave keys sometimes feel pulpy.

When the company announced its Microsoft Surface Laptop, the most advertised feature was Windows 10 S, a simplified, more secure version of Windows 10. Perfect for schools or businesses that need to manage large fleets of computers, and for users who only have basic requirements. Their computer and benefit from improved malware and virus protection.

Me, on the other hand, has made Windows 10 S almost insane. When I switched on the Microsoft Surface Laptop for the first time, Microsoft’s virtual assistant Cortana guided me through a setup process that I could not finish without any help but in half the time. When I tried to download Google Chrome, a popup said “No, sorry, not allowed, but nothing, Microsoft Edge is anyway much better.” (No, not even approximately.) I searched for 1Password, Photoshop, Adobe Audition , Spotify and a dozen other apps that I use every day. Sometimes Microsoft also directs you to the Windows store equivalent of the program you are looking for – but usually the request is unsuccessful. It is clear that Windows 10 S will be successful enough to convince developers to place their apps in the Windows Store. Currently, however, the operating system does not offer much more than a moderate browser – and a lot of headaches.

Fortunately, upgrading to Windows 10 Pro requires only two clicks and five minutes of time. Then you have the same software as on any other Windows machine. Performance and battery remained unaffected in the test, the new surface became a washable laptop. The trend to USB-C may mean that I have to buy some dongles, but this is a risk I like to deal with. Because it is time, I do not need a backpack full of accessory scrap. And out of the mass of the MacBooks at Starbucks I stick out with an eye-catching laptop. Crazy 🙂