The new computational technique has made revolutionize and advance changes in Color 3D Printing process. Any object that has been printed with 3D design can be very beautiful; however, these kinds of objects are usually monochromatic as these have been produced with only single-color substances. Of course, you can paint them, but it would be not practical for mass production .

A system for physically beautifying 3D surfaces by means of user modified color quality has been created by a group of researchers who belong to the US and China. This latest Color 3D Printing technology is very cost-effective and may be used on a variety of materials like plastic and porcelain and so on.

The researchers of Zheijiang and also Columbia Universities have named this new process as the Computational Hydrographic Printing. A professor of Computer Science Department said that their innovative method has extremely low operation charge. The approximate cost is forty US cents for every printing. 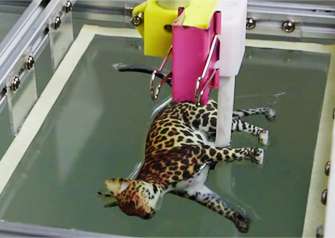 In hydrographic printing system, the color ink is transferred on a thin coating to the outer part of the ultimate 3D object.   Though this kind of Color 3D Printing allows first-class painting of the surface of the object, it is not acceptable for the failure to accurately register color consistency to intricate patterns. As per the information of the researchers, this is not controllable because the surface position to which the color ink is transmitted is not completely predictable. For this reasons, these limitations make it impossible to create particular 3D surface textures.

In a demo video, it is demonstrated that the primary initiative of this hydrographic printing technique is the addition of a pixel figure to print it on a PVA film. The research group utilizes a Microsoft Kinect, which records the site of the object prior to its immersion. The orientation of the object and also the dipping location are determined with the help of the 3D vision structure.

According to the group of researchers, the main goal of the step for simulation is to set up a map, which plans points on the definite color film. Later, they make use of the inverse of this chart to settle on the color patterns, which has to be produced on the color film.

While dealing with the intricate surfaces, the experts have made an extension of their method to facilitate several immersions and each of them has a variety of object orientation. The combined shades of every immersion can create a preferred texture on the surface of the object.

However, the researchers said that their technique has certain limitations. If any object is extremely concave and possess considerably self-occlusions, then it becomes hard to cover up its whole exterior part with color films. Another problem is that the distortion of color coating during this hydrographic printing changes the look of the color.