Five years henceforth, there will a fifth generation network, a 5G Network which will be a faster and an advanced powerful network. 5G Network will be following in 4G and will be no longer the same – no more apps stalling, video faltering, nor load sign. Scientists are of the opinion that 5G Network will bring along many benefits which come with the network. Though it is too early to comment on what the product would look like, this technology would be connecting everything from fridges to car, to the internet together.

It would not just be products which will control the heating and lighting on and off, remotely, but it will involve self-driving cars which would talk to each other in order to avoid accidents and trains which would tell you what passenger seats are available. This latest network has been researched to be a fast one which would be able to download 800 films per second as per research from the University of Surrey.

5G Network would be fast enough in delivering detailed 3D maps to cars and to get hold of any data immediately. 5G is not just about the data range and capacity but also about extreme flexibility in order to be capable of delivering a wider variety of services which no network has ever delivered earlier.

Hence, many are eagerly waiting in anticipation for the new network. 5G is now known to be the `network which will be changing the world’, but this seems to be a long process and would not be available till 2020’.

According to Prof Rahim Tafazolli, who is heading the UK’S multimillion-pound government funded 5G Innovation Centre at the University of Surrey, states that `5G Network will be a dramatic overhaul and harmonisation of the radio spectrum’. Data tends to get transmitted through radio waves which are split up into bands or ranges of various frequencies.

Each band is reserved for various kinds of communication like aeronautical and maritime navigation signals, mobile data and television broadcasts. Utilisation of these frequency bands is regulated by the International Telecommunication Union – ITU.

The radio frequency spectrum presently is in a bit of a mess and as updated technologies are being progressed, frequencies for them to be utilised have been pressed into its gaps resulting in problems with the connectivity speed as well as reliability.

To overlay the way for 5G Network, the ITU has been restructuring the parts of the radio network which used to transmit data, enabling pre-existing communication which includes 4G and 3G to prevail in their functions. 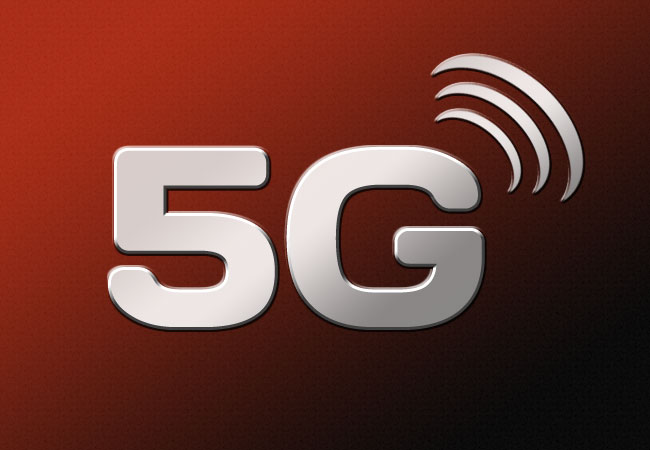 5G is said to be running a lot faster. Prof Tafazolli is now of the belief that it will be possible to run a wireless data connection at 800Gbps which is hundred times faster than the prevailing 5G testing. An 800Gbps could equate in downloading 33 HD film in one second though the 5G Network’s capacity need to be vast. Sara Mazur, head of Ericsson Research, one of the companies leading the development of 5G Network, comments that `the network will need to cope with a vast increase in demand for communication’.

Towards 2020, it is presumed that around fifty billion devices would be connected to the internet and hence connections which tend to run on different frequency band would be established in order to handle the demand. Increasing the capacity of a network would be a bit like widening a road tunnel. The increase in connected devices would be due to a success in inanimate objects which use the 5G network called the internet of things.

Professor Tafazolli explains that devices would be capable of choosing dynamically from the three still-to-be-determined bandwidths they may use to avoid any of the frequencies from getting overloaded.

Ms Mazur comments that `only once these frequencies are set and established, can product development begin’. The focus is for the first of the frequency bands to be used around 2020 with the other two to follow thereafter.

The other defining feature is that the 5G should not break and according to Sara Mazur, she states that `it will have the reliability that you currently get over fibre connections’. Improvements in antenna technology have the ability to get over sudden data connection drop-outs which would be essential for the purpose of safety. Companies like China’s Huawei are already in talks on the usage of 5G Network to let driverless cars communicate with each other and the infrastructure they pass. Technology like smart transport and remote surgery, wherein human could remotely operate a robot to carry out complicated operation would be depending on lower latencies as well.

Latency is related to the time lag between an action and a response. 5G’s latency as per Ericsson’s prediction would be around one millisecond, unperceivable to a human and about 50 times faster than 4G. This could be dangerous for instance if doctors have to command equipment to perform surgery on patients who would be located in different structures.