A music messaging app which helps users to communicate with song clips has recently been launched in an attempt to capitalise on the increasing popularity of messaging apps with a lifeline to the struggling music industry.

An abbreviation for `My Song To You’ – MSTY enables users to send their contacts a 30 segment of songs, from Happy Birthday to the latest chart-topper together with a photo and text. A U.K. based company has launched the app in around 155 countries with a catalogue of about 2,000 song clips which have been cut down to the most meaningful 30 seconds by humans instead of the computer algorithms which create previews on services like iTunes.

The songs are selected into playlists depending on mood or category like celebrate, flirt, sport, pop hits and seventies music. It has been claimed as the first dedicated legal music messaging app. According to the founder and CEO, Grant Bovey, who had earlier started and ran Imagine Homes, which is the prominent buy-to-let property company that went out of order in 2000, states that `it is absolutely bonkers that this does not already exist.

People have always utilised music in a very powerful way from film and television to advertising. Why can’t one send the emotion in a message? It seems very obvious’.

MSTY is one of the few messaging app which combines images and text with human organised short music clips which are legally sourced directly from the record labels. MSTY that had signed licensing contracts with Universal, Sony and Warner prior to launching; giving it legal access to 22m songs has also been integrated with Apple Music. 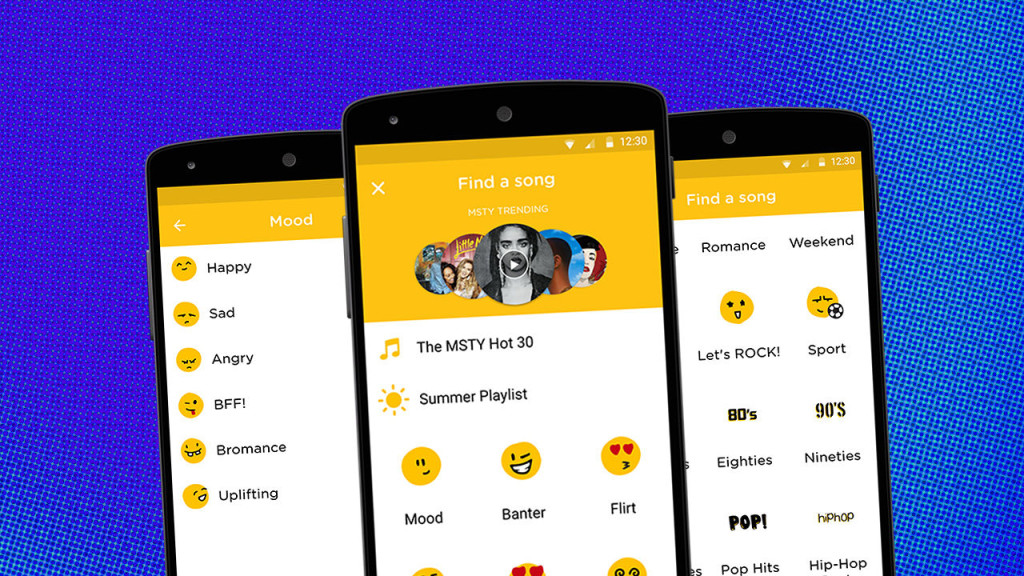 Users could now click through from song clip sent in the app to the album on Apple Music, wherein they could stream or purchase the song. Mr Bovey is of the belief that MSTY would create a new revenue stream for artists who had been struggling to monetise their music with regards to digital development in the music business like piracy and streaming.

He adds that they are revitalising the back catalogues of the record labels since classic songs that are sent through the app would be helping users to discover or rediscover older music and MSTY would be able to drive the decision making of the people in what they listen to.

However, Bovey claims that MSTY is not Spotify and competes mainly in the messaging field and not the music space. He states that WhatsApp is text, while Instagram is pictures and MSTY enables users to deliver emotion in another way.

Apps that have around 800, and 300m users respectively are both owned by Facebook following $19bn and $1bn achievements. Social network has around 700m active users on Facebook Messenger and was unsuccessful in trying to buy Snapchat for $3bn in 2013 that has about 100, users.

Music messaging apps which are chiefly about sharing music instead of communicating using songs are picking up momentum with investors as well as industry insiders. The app which is free to users and does not have banner ads will be monetised by Mr Bovey through sponsorship deals, like Mother’s Day partnership with a florist which will enable users to send flowers through the app. MSTY makes £5 for each user who may sign up to Apple Music through the app and gets a commission if a song reached through the app is downloaded.