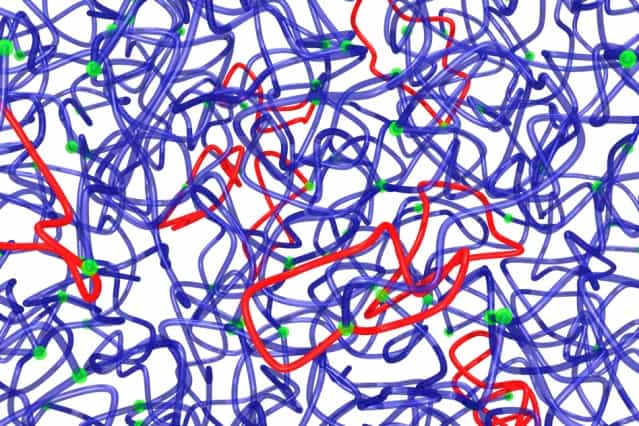 The world is progressing at a rapid rate and we are the ones who are trying best to match up to the pace. The technology news always keep us updated about the new gadgets and inventions in and around the world. Those who are tech geek and gadget buff are the ones who always know an extra inch more than the common netizens. However, recent report from the greatest university of technology – MIT has stated that the strong polymers are developed from a new technology than the earlier ones. Well, they never stop to surprise us with their invention and creativity. All the useful materials like the plastic, rubber are made of polymers. They form a long chain like a criss-cross network. But at certain junction or point, there are some defects which weakens them and make the polymers vulnerable.

It was rightly said that the necessity is the mother of invention. Well, few years back the researchers from MIT found that there were certain defects in the polymers which broke them. The chains had flaws which did not give the ultimate strength. After much research and study, they have finally been able to find out the simplest way to cut down the number of loops. This has enabled the polymers to get stronger. Ultimately, the materials that are made from these polymers will have a huge tensile strength. They have just added a smaller portion of the polymer and combined it with a greater quantity of the second part. By using this technology, they have made wonder in the field of polymers. This can be used in the industries also to make the plastics stronger.

Well, everything it depends upon how fast the components get added in the second component. This will help in increasing the internal properties of the component or the polymer. The person who is behind all these wonder is a MIT graduate Yuwei GU. First they devised the way to find or measure the loopholes present in the network. Then they confirmed what the reasons behind these loops were and how to eliminate them. Their primary focus was on reducing the number of loops formed in the network. They wanted to have this by not having the materials change their composition. They wanted to make the same polymers with fewer loops keeping the quality same for each product.

The future is bright with the polymers coming into picture. There would be the products made from these polymers which would have great qualities and characteristics. So we need to have patience. The researchers have tried many things before coming to this conclusion. At one time, they were unable to find the number of loops for the polymers. Now the strength of the materials have increased after the utilisation of these process. You need to keep an eye on the technology news to get more updates about the latest technology. The technology news will keep you informed about the latest inventions in and around the world.