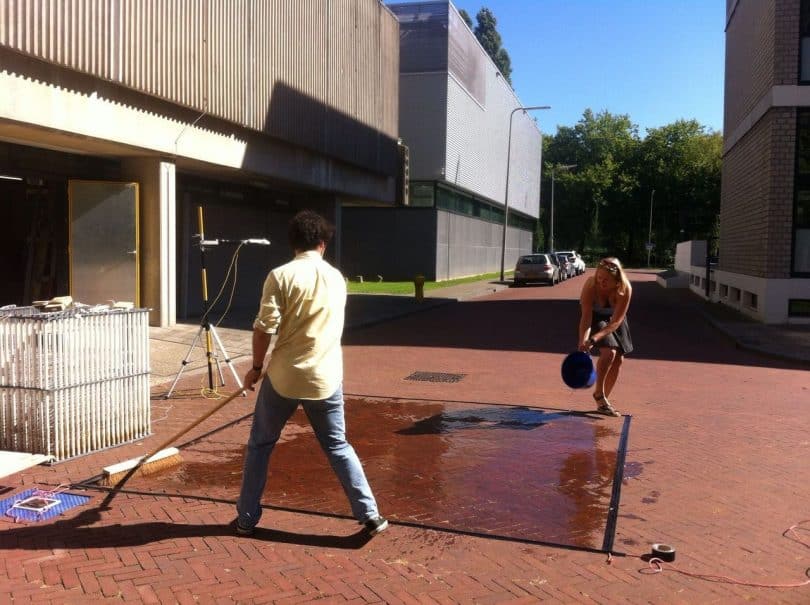 Japan – the land of rising sun is the best country in terms of hard work and also in technology. With the creative mind they have been able to place themselves in the world as the most organised country. They are advanced in the all most all the categories like the automobiles, computers and most importantly the nuclear weapons.

Well, how many of you aware of the uchimuzu. Uchimizu is an awesome technique to reduce the warmth or extreme hotness in the places. The people have the urge to use the uchimizu technology in various aspects. This is what makes the country awesome.

Well, due to the ever increasing of globalisation which has led to change in weather pattern. Now, we are the ones who are facing the music for the abrupt change in weather pattern. However, all this have led to the city to  heated up than the surroundings. In addition to all this, pollution has resulted to more woes. Well, to reduce the effect of heat uchimizu was adopted way back in the 17th century.

The uchimizu techniques is very simple once the common people come to know. The people used to sprinkle water in their surroundings, houses, gardens, lawns which made the surface cool and also the atmosphere. It is not a high quality technology but a simple one. This type of idea makes the world a better place to live in. following this uchimizu technique, the people from other cities are also following this.

The uchimzu has been in practise since ages. It is followed in temples and houses normally during the scorching summer. There has been a number of study for uchimizu. However, the cooling effect is limited but still it works and gives a relief. The recent study was done by using the 3D system known as the distributed temperature sensing.

The reports were analysed by the great scientists. There were many experiments that were being carried to test the result. There are many technology which are being developed over the last couple of years to make the atmosphere cool. Normally with the technology coming into picture, the tradition method are getting obsolete. But still one can’t forget the impact which the old technique has. It will be discussed in the conference of Vienna also.

All the analysis including the results will be presented. The common thing is that the method is far better than any technology. You just need to have some time to sprinkle water in your surrounding and the rest is assured. So, brace yourself for the scorching summer by adopting this method of making your summers cool and get a relief.