The Swedish Academy of Sciences has awarded the Nobel Prize in Physics 2017 to scientists who first detected gravitational waves at the American Laser Interferometer Gravitational-Wave Observatory (LIGO). It was the only part of Einstein’s Theory of Relativity that was yet to be proven and its detection, scientists say, opened a new era in astronomy. Rainer Weiss (Berlin, 1932), Barry C. Barish (Omaha, USA, 1936) and Kip S. Thorne (Logan, USA, 1940) are the three Nobel prize award-winning researchers for scientific achievement involving more than a thousand researchers from 20 countries in recent years.

The parents of gravitational waves have also been awarded this year with the Princess of Asturias Award for Research. Gravitational waves are perturbations in space-time, undulations that travel at the speed of light and are produced by very violent phenomena of the Universe, such as the fusion of black holes. Albert Einstein predicted its existence and a hundred years later it has been demonstrated that he was right. The only thing the German genius was wrong about was to think that its existence could never be empirically proved by science. The 14 of September of 2015 were first detected when to the laboratory LIGO, in the USA, arrived the echoes or traces of a collision between two black holes that occurred to 1.300 million light years.

The announcement was made on February 11, 2016, amid a great expectation and after several days of intense rumors. Since then, they have been detected three more times. On the four occasions were waves generated during the clash of black holes. 40 Years of Work “With its enthusiasm and determination,” says the Nobel Prize, these three researchers have been instrumental in the success of LIGO, and have led a project that has been extended over four decades of efforts, and which has finally culminated in the detection of gravitational waves. And is that the LIGO project was initially proposed in the 1980s by Rainer Weiss, now Professor Emeritus of Physics at the Massachusetts Institute of Technology (MIT); Kip Thorne of the California Institute of Technology (Caltech) and Ron Drever, who passed away last March. Barry Barish (Caltech) joined the project in 1994 and was later named director.

Legitimately, this award belongs to the hundreds of LIGO scientists and engineers who have built and perfected our complex interferometers, and to the hundreds of LIGO and Virgo scientists who found the gravitational wave signals between the noisy LIGO data, and extracted the information, “said Kip Thorne after learning that he was one of the Nobel prize laureates in physics.” Detection is a real triumph of modern physics experiments on a large scale, “Barish said. that the signal from those black holes was received on September 14, 2015, it took the scientists only a few minutes to identify that astronomical event and to do the analysis that demonstrated that gravitational waves existed.

Four detections The fourth and last of the four detections of gravitational waves, announced on September 27, had the peculiarity that not only was it observed in the two LIGO laboratories that exist in the US, but also reached the Virgo detector located on the outskirts of Pisa (Italy), which last August joined the project LIGO, and in which a group of the University of Valencia participates. The three detectors observed the same gravitational waves on Aug. 14, triggered by a clash of two medium-sized black holes that occurred 1.8 billion years ago. “With these three instruments in place, the source could be located much more accurately, “says Alicia Sintes, professor of physics at the University of the Balearic Islands (UIB) and one of the Spanish researchers who is part of the LIGO project. According to Sintes, leader of the Relativity and Gravitation Group of the UIB, “gravitational waves have properties other than light,” which means “to open a new space in the electromagnetic spectrum and to make new experiments to see things that were not before “This recognition has been a great satisfaction because detecting gravitational waves was a historical fact in the science that marks a before and after in the history of astronomy. We are very happy for the three winners because really deserve it, “says the professor of the Department of Physics of the UIB, who estimated in 30% the chances that the Nobel prize in Physics this year was for this scientific milestone.

A total of 14 researchers from the Balearic University is dedicated to the study of gravitational waves from the mergers of binary systems of black holes and other objects. According to Sintes, his work focuses on “deciphering the wave”, one of the key aspects of the investigation of these phenomena, because “the profiles of the waves are very different.” The LIGO interferometer consists of two identical detectors located at a distance of 3,002 kilometers (one in Hanford and one in Livingston). 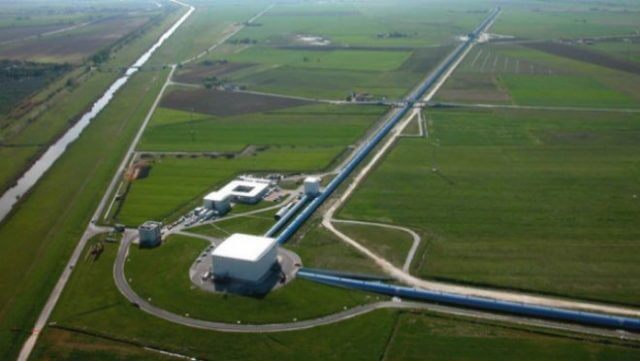 Each arm of the detector, which began looking for gravitational waves in 2002, is four kilometers long. India and Japan are currently building other interferometers that will also be dedicated to studying gravitational waves. The Japanese laboratory is called KAGRA and will have two arms of 3 km. of length. India’s will be the third arm of LIGO (the other two are in the US) and is expected to start operating at the beginning of the next decade. “All this network of interferometers will allow us to see more astronomical events, locate them better and extract more information,” says Sintes. And it is not just black holes, but gravitational waves caused by the clash of other objects like rotating neutron stars or supernova-type events.

Thanks to these instruments, Sintes adds, scientists could get “information from the early universe when it did not have a second of life.” An Expected Award The award of the Nobel Prize in Physics to these researchers has not surprised the scientific community. Carlos F. Sopuerta, researcher Institute of Space Sciences (CSIC-IEEC), had “full confidence” that the award would be for the detection of gravitational waves. “They could have granted it even last year if the announcement had come a little earlier,” he said by telephone. And if LIGO and VIRGO ground labs detect gravitational waves from the ground, the European Space Agency (ESA) LISA mission will do so from space. Sopuerta is part of the project led by Europe to build this ambitious space observatory, in which ESA is going to invest 1.050 million euros. Following the success of the European Space Agency (ESA) mission Lisa Pathfinder, whose aim was to show if it was feasible to build a space observatory, LISA was given a green light.

“Officially, the launching of the mission is in 2034 but as we started earlier than planned, it could be anticipated,” he says. Alicia Sintes believes that the LISA space observatory and the terrestrial detectors will allow complementary observations: “There will be objects that they see and we do not, and vice versa. And also from space, we can predict when one of these events will happen to be on notice, “he says. “It took 100 years to confirm the existence of gravitational waves, but our observations over the past two years have already raised questions about the formation and evolution of black holes, and have allowed us to test Einstein’s gravity with incredibly accurate higher than was possible before, “BS Sathyaprakash, a researcher at Cardiff University, one of the LIGO team, said in a statement. Each Nobel Prize is endowed with nine million Swedish crowns (about 940,000 euros).

In the case of this edition of the Nobel of Physics, half will be for Weiss and the other half will be distributed jointly, Thorne and Barish. The Nobel Prize in Medicine this year, announced on Monday, was for American scientists Jeffrey C. Hall, Michael Rosbash and Michael W. Young for their research on the molecular mechanisms that regulate the circadian rhythms. The ceremony of delivery will take place the next 10 of December, coinciding with the anniversary of the death of its founder, Alfred Nobel.