SABRE, the work of Oxfordshire based Reaction Engines, the Synergetic Air Breathing Rocket Engine is a new type of rocket engine which enables a plane to reach orbit within 15 minutes, release a payload and return to Earth and land on an airstrip. This big cloud of steam would soon be the secret of sending an aircraft into space. Alan Bond, the company’s founding director has explained that the conventional liquid hydrogen rockets are fuel thirty in making a space plane feasible.

He has commented that rocket engines itself cannot hack it and that is the reason SABRE was developed as a hybrid between the rocket and the jet engine. If jets were utilised within the atmosphere to get around Mach 5 or Mach 6 and then transitioned to rockets to get into orbit, you would stand a change of making it.

Jetting up to March 5 – 1.7kps or five times the speed of sound could be a problem and the air passing through the engine tends to heat up quickly which would slow down propulsion. However the traditional cooling method tends to make the engine slower and heavier and it is here that SABRE’s technology, the precooler takes over. 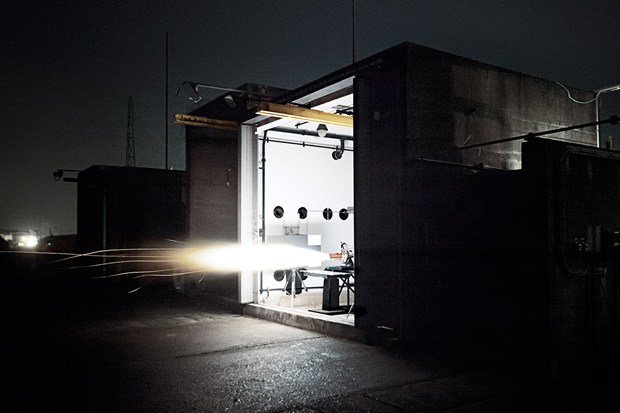 A spiral of one millimetre thick micro tubes is kept cool by liquid hydrogen which later on fuels the rockets. Bond explains that it allows the engine to take in air at 1,000 deg. C. cooling it down to -150 deg. C. and this occurs in one hundredth of a second.

One of the final use of SABRE would be in Skylon, which is a space plane which had drawn the attention of the European Space Agency wherein in 2013, it had appointed a £1 million study which concluded that the Skylon could be realised by current technology with successful development of the engine and to see it in the skies, we would have to wait for the Skylon’s first test flight in 2019.

The complicating issue is the Earth’s gravity that keeps the present standard aircraft out of space just as it keeps us moored to the planet’s surface. Any vehicle intending to launch into orbit, according to NASA, has to travel around seven miles per second or about 25,000 mph.

Besides this, there is also the issue of fuel and the shortest distance between the Earth and space is about 62 miles straight up which by universal accord is where the boundary of the planet tends to end and the suborbital space starts. The new system which the firm has been working, SABRE is a jet engine which doubles as a rocket engine. If the company tends to be successful in the development of its planes, the SABRE engine would probably change high speed aviation. Besides reducing flight times around the globe, it would also provide cost effective access to space.

Moreover, its reusable space plane Skylon would take off from a runway like a commercial aircraft prior to turning into a rocket to fly in orbit. On performing the task assigned which could be delivering 15 tonnes of cargo, it would then return for a runway landing at a fraction of a cost by utilising prevailing technology. So far from the achievement of tests, it would not be too long before Skylon is appreciated and the first test flights are scheduled for 2019.