Beats’first official new product, the Pill+ has been launched since joining Apple last year. The company claims that Beats Pill+ tends to feature similar acoustic mechanics which is found in professional recording studios with repositioned control buttons that are located above the speaker.

It is managed through a new iOS as well as Android Pill+ app or via a laptop or other Bluetooth enabled device. According to the company, the Bluetooth speaker is somewhat bigger than its Beat Pill precursor and lasts up to 12 hours on a single charge. Similar to the Pill, two Pill+ units could be synced jointly for louder audio which comes in the options of black or white. 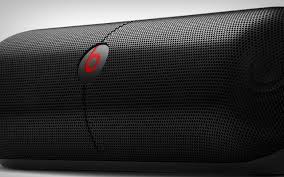 With regards to the design, the overall rectangular shape of the speaker is maintained but some alterations have been done. The power button as well as the volume controls has been shifted from the back to the top of the device for easy access. Moreover, the speaker has been flattened somewhat which would help in achieving improved stability. The major change undertaken by the new Beats Pill+ is the connectivity where the Bluetooth speaker switches the connector for charging input and instead of the standard microUSB connector; the new Beats Pill+ tends to use the proprietary Lightning solution of Apple. 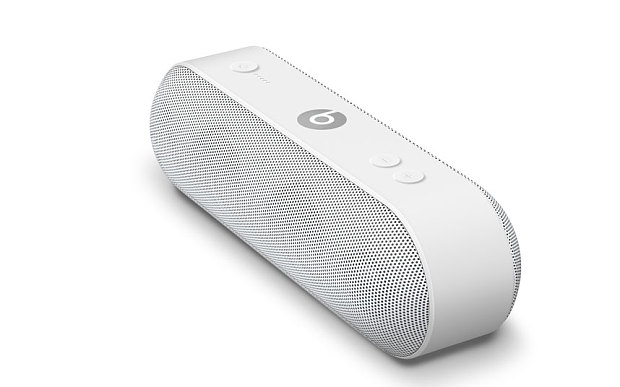 The box is equipped with an adapter as well as a charging cable and the user will not be able to use old cables, the message is there that the Beats Pill+ is an Apple product. Regarding the connectivity, it also comes with a standard 3.5mm audio connector and a full sized USB port which could be utilised to charge other devices from the speaker.

An interesting feature introduced by the latest app is the potential of pairing two smartphones to the unit, enabling multiple users in taking control of the speaker.The Pill+ is the first official product launched since the deal, and Beats had released the Powerbeats 2 Wireless update of the Powerbeats line last June and last November, the Solo2 wireless headphones and a wireless form of the Solo2 on-ear headphones. The new speaker is said to take the place of speaker line-up of the Beats Pill XL that Apple had delivered a voluntary recall in June, fearing that the battery could get overheated causing a fire.

Recognized by `b’ Beats Logo

Apple has informed that the Beats Pill XL could be recognized by the `b’ Beats’ logo on the speaker grille with the words `beats pill XL’ on its handle. The said product comes in five various shades of black, metallic sky, pink, titanium and white. In May 2014m Apple had purchased Beats’ headphones with music streaming divisions for $3bn, one of the largest acquisition that Apple had made to date, dwarfing the $404m paid in 1996 for NeXT.

The company had launched Apple Music, its new streaming and digital radio service towards the end of June replacing Beats Music. Within its first five weeks, it was said that around 11m users had signed up for the service. However Apple now faces the challenge of coaxing them to carry on paying £9.99 each month on the expiry of their three month free trial. According to Ben Arnold, industry analyst, Beats is considered to be the present sales leader in the NPD Group of wireless category having its portfolio of Bluetooth headphones as well as speakers.