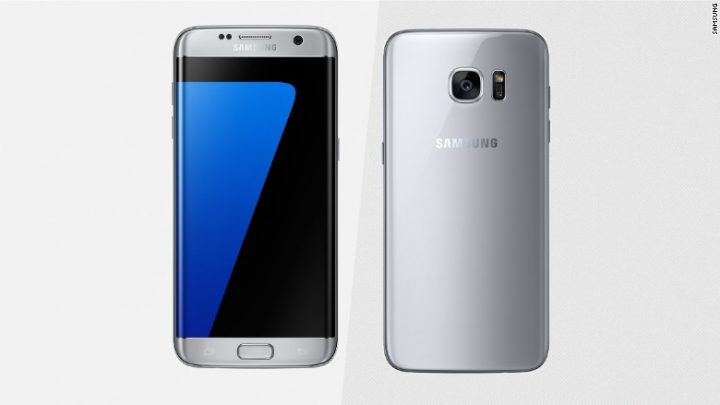 Samsung revealed its latest Galaxy S7 smartphones recently during the Mobile World Congress event in Barcelona. Samsung has been doing what it ought to be doing years ago with the S7 and S7 Edge, its flagship Galaxy brand, in selling solid eye catching phones together with competitive hardware as well as software features. In 2015, the company had been half-way with this strategy with the S6 and S6 Edge and the models seemed to be sleek and beautifully designed.

This was due to the all-new aluminium and the Gorilla glass body, but the battery capacities were smaller and the phones were not water resistant. In an attempt to push individuals in using cloud storage, Samsung took away the facility of adding memory. Fortunately for the fans these features were back and the S7 and S7 Edge tends to do an enhanced task of balancing good looks together with customer friendly features and they are still not flawless.

The Galaxy S7 and S7 Edge seem like a refined version of their predecessors and they are flatter since the rear camera now does not protrude out. The Galaxy S7 comes with a 5.1-inch screen similar to the S6. However, Samsung gave the S7 Edge a larger display of 5.5-inches without increasing the size of the phone considerably.

S7 Edge – A Bit Smaller than iPhone 6S Plus

The S7 Edge in fact, is presently a bit smaller than the iPhone 6S Plus inspite of it having the same screen size. Beside this, Samsung has also made the curved screen edge double the width than before making it easy for the user to read their messages or the news. Both the screens tend to feature a new `always-on displays’ mode in order that the information such as time, date as well as notification are noticeable without the need of unlocking the phone. The Samsung Galaxy S7 and S7 Edge will have 32 GB of storage and the expandable memory niche is built in the SIM card slot and according to Samsung up to 2 TB can be supported.

According to rumours, both tend to be dust and water resistant. The feature like the new `Do not Disturb’ would be appreciated by gamers since it prevents calls from interrupting during the game as well as a new battery conservation mode which changes frame rate together with other qualities of using less power. Uploading game play videos and recording are the added options too.

The batteries in the Galaxy S7 and S7 Edge are 3000 mAh and 3,600 mAh separately which cannot be detached.By comparison, the S6 and S6 Edge had a 2,550 mAh and 2,600 mAh battery and the S5 had a 2,800 mAh battery. Anyone who pre-orders would be receiving a free Gear VR and sales at major wireless retailers would begin on March 11 in the United States. All the main carriers are offering deals for the new phones.

Verizon has not yet set a precise price though will offer its customer an extra 24 GB of data each year `for life’. AT&T has set its starting price for the Galaxy S7 at $23 a month for 30 months and for the S7 Edge $27 a month. T-Mobile had stated that the S7 would be priced at $670 or about $28 per month above two years. The S7 Edge would be $780 or about $33 per month. For those who tend to pre-order, the carrier is said to be offering a free Samsung Gear VR, six VR games and a year of Netflix.