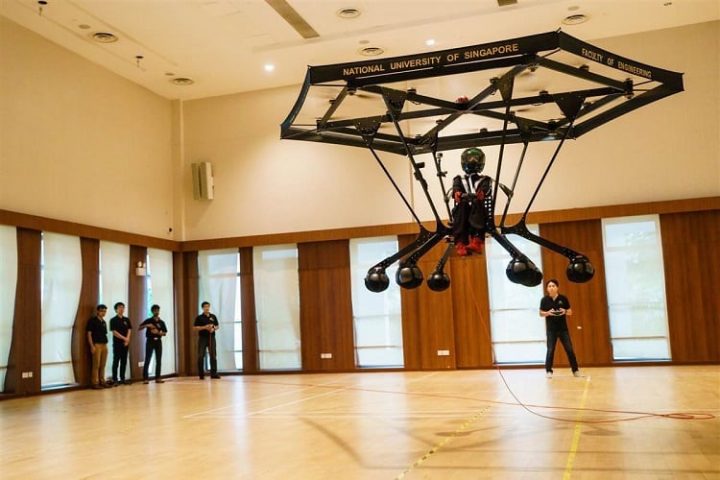 World’s first personal flying machine has been successfully developed by the eight students of National University of Singapore. It has been cleverly named as Snowstorm which is composed of highly intricate design featuring motors and propellers. It even has a unique inflated landing gear set in hexagonal shape, which happens to offer comfortable alight, and aloft experience to the passenger.

The aim of students at NUS was to deliver a clean mode of transport, which doesn’t rely on the conventional means of fuel. Therefore, Snowstorm is powered by electric and it has the capability to make vertical take-off. It is designed for the single users and landing controls are not manual in nature.

Snowstorm is designed to bear the load of single person weighing up to 70 kg. The current prototype has the flight time of just about 5 minutes. The team has stated that they are not looking at the Snowstorm to offer a great mode of transport for longer distances rather its will as a personalized electric aircraft which can be used in larger indoor space. It will be more than enough to satisfy anyone’s desire of flying freely that also without the need of obtaining any pilot license. 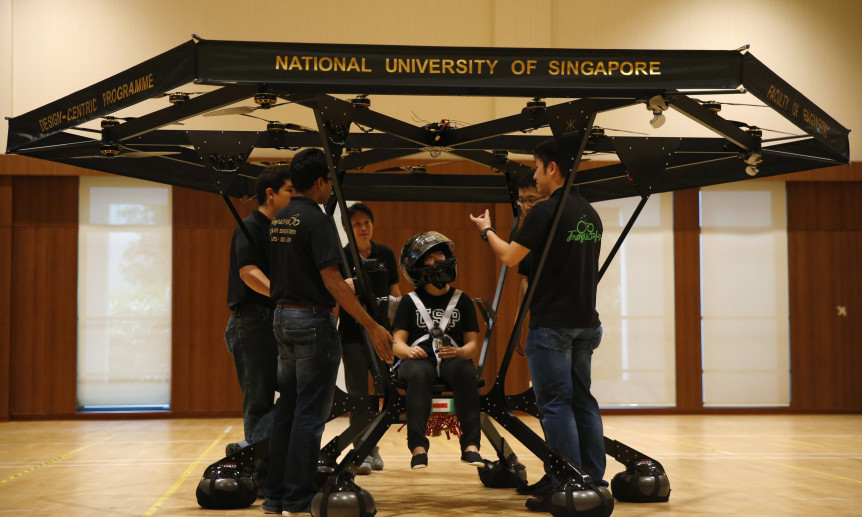 One of the two supervisors working on this project named Joerg Weigi has stated that human has long been fantasizing about flying around in their own personal flying vehicles which were made popular by some shows like Back to the Future and Jetsons. Snowstorm shows that owning and using a personal flying machine is a possibility with the current advancement of the science and technology.

The features and capabilities of Snowstorm

This team of students has given extensive time in designing and building the flying machine. This machine can be said to be a result of combining the skills and expertise of the individuals across the various field of engineering. It has the blessing of the computer engineering, mechanical engineering and electrical engineering students.

These students had worked hard to come up with a suitable physical frame. Later on the electronic control and stabilization was implemented on the frame and a unique pilot system was devised which made use of electric energy management and supply system. This craft derives its power from the three batteries and it even has the ability to work independently in case the battery malfunctions. Snowstorm features 24 motors and a hexagonal frame, which is made up of carbon fiber plates, tubes with Kevlar ropes and anodized aluminum beams.

The inclusion of some safety mechanism is necessary to ensure that the craft is safe for the human use. Snowstorm seat is installed with a five point harness which helps in securing the pilot right at the center of the machine. The flight control offers greater controls to the pilot includes ability to adjust thrust, roll, pitch and yaw of the craft. Currently team is working on a separate switch, which will allow this craft to be controlled from the ground.