Sony’s earlier attempts in making smartwatch had not been successful and the Sony SmartWatch 2 was not much appealing. Sony is now back, with a third generation of its computerised wrist-wear and has named it Sony SmartWatch 3.

The Sony Smartwatch 3 comes with improved design which includes waterproofing and interchangeable straps. It runs Android Wear; the smartwatch software has been developed by Google which focuses in providing a unified platform for companies such as Sony, Samsung, LG and Motorola to load on to their products enabling developers in creating apps which could run well across all the devices.

The Sony SmartWatch 3 has a built in GPS with a slick new all metal design and is one of the most complete smartwatches reviewed. The new stylish stainless steel version has been hitting the stores and is on sale now at a cost of £190 in the UK, $250 in the US, direct from Sony and AU$315 in Australia from Expansys.

It has a good performance with two nifty features which is not available on any other Android Wear. Sony’s Smartwatch 3 is the first with built-in GPS and a screen one can read without backlighting. 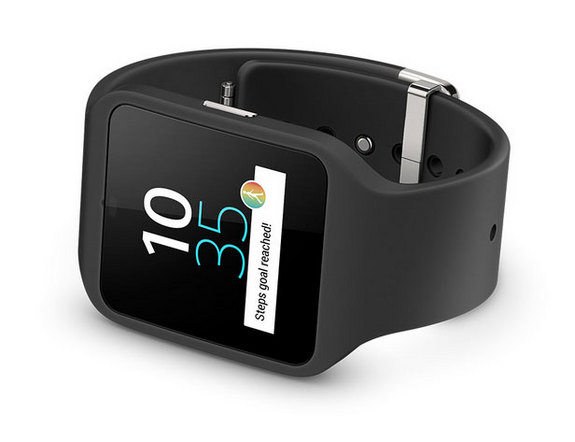 Sony SmartWatch 3 SWR50 device enables you to see notification from smartphone which includes calls, text, emails as well as GChats on one’s wrist. Moreover, the smartwatch which runs the Android Wear operating system reacts to voice commands. Users can ask about the weather or send emails just by speaking.

With the built-in GPS, one can track workouts without the use of the phone and if intending to listen to music while on the run, songs can be downloaded to the smartwatch which can be paired to the headphones via Bluetooth.

However the device lacks certain features which have become common in wearable devices. It does not have a heart rate monitor and does not track sleep though one could download the apps to the SmartWatch 3 in order to track sleep. Besides this, it works only with Android phone.

If the user prefers fitness tracking features, they could go in for another device. Though the Sony SmartWatch 3 tends to track the entire amount of time when one is active daily as well as the total daily step, it provides little by way of motivation and lacks heart rate monitor as mentioned earlier.

The watch face display is 1.6 inches along the diagonal and seems to be designed to fit an average sized person and comes in one size only though the Apple Watch comes in two sizes.Its strap is adjustable though it has a clasp and the straps are so designed that the ends of the strap does not come apart.

It has a colour screen with a choice of various background displays enabling the user to personalize the device. The watch face can also be popped out of the strap and placed in a different strap. Presently it is available in black and lime.

Another appealing feature is the backlight on the screen which turns on when the wrist is turned to look at the watch and the need to press any button to see the time does not arise. Moreover the screen is transflective and can reflect and transmit light.