Star Wars Battlefront has finally got its release date set on November 17. It is currently being developed by the DICE and it will be published by the Electronic Arts on the set date across different gaming platforms like the PC, PS4 AND XboxOne.

EA has revealed its plan to provide a full length Star Wars Battlefront trailer to the audiences to give out more specifics about the game. This game is touted to be in the development stage using the DICE’s Frostbite engine. Game is also benefitted in the visual department to provide one a kind spectacle to the player through the unprecedented collaboration with Lucasfilm.

A trailer released by EA has effortlessly shown the awe aspiring photorealistic visuals used in the game. Battlefront will be set across four different locations within the game namely Hoth, Endor, Tatooine and Sullest (which was previously an unexplored planet). 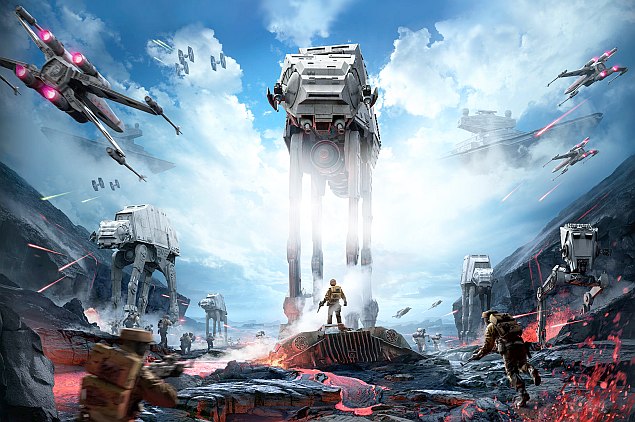 The Star Wars like every other game installment provides the opportunity to the players to play as their iconic Star Wars characters. Star Wars Battlefront allows the player to take on the rolls of either Dath Vader or Boba Fett wherein player fight in both for the Empire or the Republic.

Furthermore gamer can easily unlock special rewards in Battlefield games which increases the tension and momentum of the game-play. Player will also get an added benefit of switching between both the standard first person and third person perspectives. In order to engage in epic multiplayer battles EA will provide an extensive shared unlocks for both offline and online co-op. 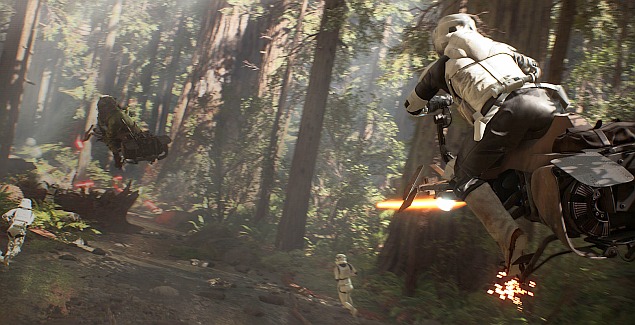 In Battlefront What Players Can Do?

Players will be involved in ground based combat which will test their level of expertise and intelligence in every manner. Apart from the regular combats players will be seen riding speeder bikes and snow speeders, commanding AT-ATs and using fire blasters.

Star Wars Battlefront as the name suggests is all about giving more opportunities to the players to engage one of a kind battle experience. In order to enhance it provides for the aerial combat with the help of X wings, TIE fighters and Millennium Flacon.

This Game Is Much Bigger In Scope

DICE has announced earlier that it will launch an expansion pack on planet Jakku on Decemeber 8. Avid gamers who happen to pre-order now will get a chance to lay their hand on the expansion pack on December 1.

The teaser of this highly awaited game was shown at the special Star War Celebration event. A day earlier second teaser was launched in the same even for the upcoming Star Wars movie called Episode VII-The Force Awakens, expected to be released in Christmas this year.

Star Wars universe is expanding its horizon in the current decade where more movies and games are in offer for the fans. Other EA studios namely BioWare and Visceral Games are actively working towards developing an engaging Star Wars whose release dates has not been mentioned yet.