Light bulbs with forms drawn from the role of the filament trapped within the bulb have a long useful history. The centre piece of British design label, Buster + Punch – Buster Bulb is the `resin light pipe’ which runs the vertical length of the bulb’s interior claiming that the pipe diffuses the LED light in a warm ambient glow and at the same time provides focused spot lighting for surfaces beneath.

It comes accommodated in a 120mm glass bulb tinted in the choice of gold, crystal or smoke and each bulb is built up of E27screw-in base with a power draw of 3 watts, complete with a metallic satin sheen.Buster Bulb is similar to the shape of traditional filament light bulbs; the teardrop shaped glass of the Buster bulb covers a resin light pipe which emits a diffused glow.

According to the designers who claim that this Buster Bulb is the world’s leading LED designer light bulb, states that `these patented white fins allow ambient light to diffuse through the sides of the bulb and reflect down the centre of the pipe, where it exits as a spot light’.

They further added that `the light pipe has enabled us to create a bulb that can provide subtle lighting in a room, whilst at the same time throw focused light onto the tables and surfaces below’. 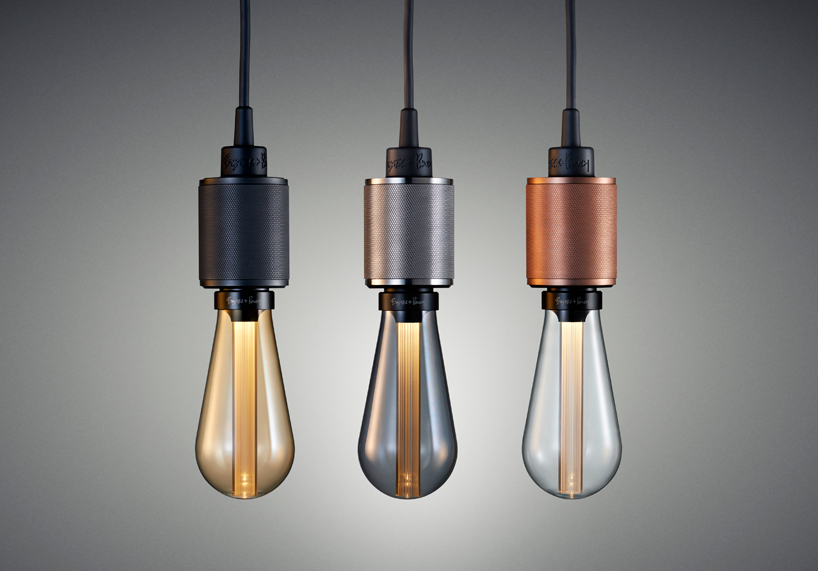 Buster + Punch does not list brightness provisions on its website and has also not responded to any inquiry but at wattage, it is not expected much more than an accent light of a few hundred lumens.

Buster Bulbs are completely dimmable and are rated at a 10,000 hour lifespan and at £40 per bulb, its number could be considerably higher – 25,000 hours which is largely the average for LED bulbs presently.

Buster + Punch asserts CE certification all over Europe for all its electronics which include the Buster Bulb and the design label claims that it is working on UL certification also, though they cannot sell the bulb in North America till the completion of the procedure.

For those in search of an even bigger choice, Buster + Punch could sell the metallic screw-in fittings which are displayed in the product photo for £130 each and like the bulbs, the fittings too offer three finishes of steel, smoked bronze and rose copper. 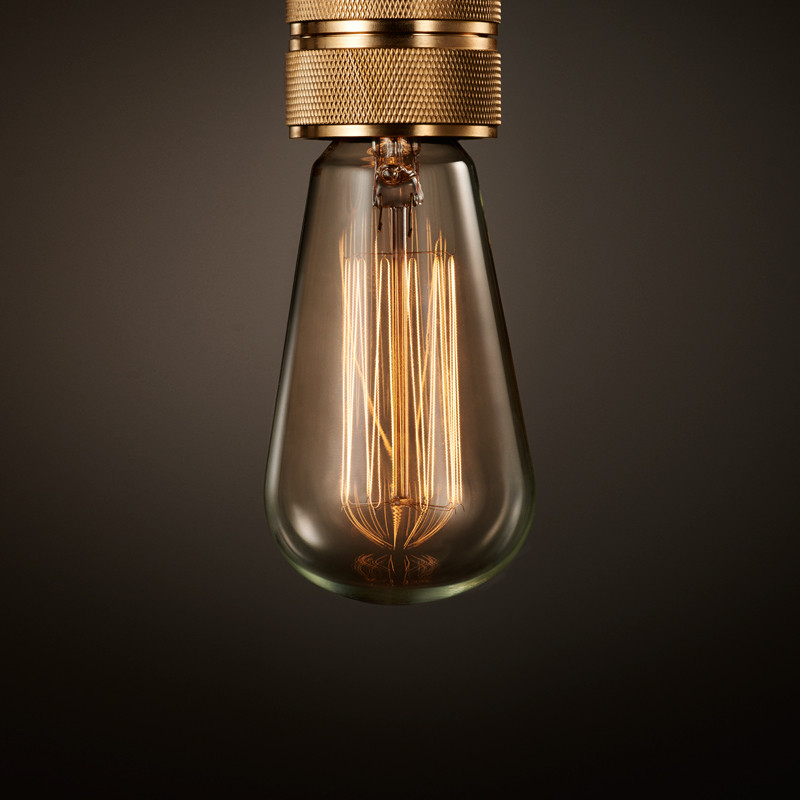 The bulb is proposed to last up to seven times longer than any standard filament light bulb and will be consuming a fraction of the energy.

Massimo Buster Minale, Architect and industrial designer had founded Buster + Punch in 2013on working at London architecture studio Foster + Partners and since then designed trophies for the Q music awards as well as an installation for footwear brand Justin Deakin at the time of the London Fashion Week.

The LED bulbs comprises of a resin tube which reflects both the light onwards providing an ambient glow as well as focusing a portion of the brilliance directly downwards serving as a spotlight.

These amazing filament gem and teardrop bulbs look spectacular though they are far less efficient and long lasting than their LED substitutes and the new Buster bulb proposes to provide an amazing, more efficient and alternative option while retaining the style of their filaments ancestors.