There have been many inventions to help the deaf and blind communicate in the past few years. The latest being an invention which is a Smart Glove that translates sign language into text and speech invented by a student of the University of London, Designer Hadeel Ayoub. Three different prototypes were fashioned by her, the latest one being that Smart Glove which includes text to speech to say loudly as well as what is being signed; so that even a blind person will be able to hear and understand the deaf.

The functioning of the Smart Glove is using many flex sensors attached to the fingers which record their position, and then an accelerometer keeps track of which way the Smart Glove gets oriented. The full data feeds into a computer program that categorizes gestures and the correct output is displayed. A computer program developed by Hadeel identifies the output values of the sensors and an accelerometer matches them with a series of statement which show what letters to display on the screen. 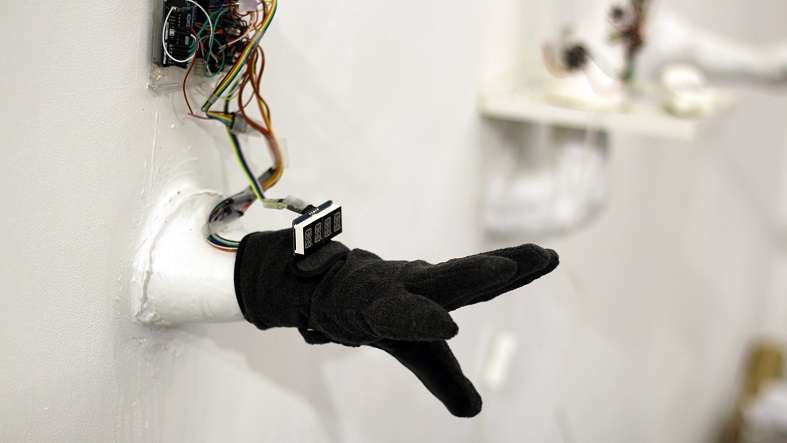 Hadeel who has already worked on three previous prototypes, is now working on the fourth prototype which comprises of a smart phone and a tablet app that can receive the glove output over Wi-fi. She now wants to bring in translation features into an app which will enable her to translate text in real time. For better mapping Hadeel now plans to introduce a motor sensor. However it is likely to prove challenging as the hardware for the Smart Glove will need to be minimized, to become small and light enough for young users.

Hadeel also affirmed that her chief plan was to better communication between the various disabilities and reducing the barriers between people with visual, speech or hearing impairment. Hadeel also added that once the Wi-fi and translation features are incorporated into it, then the glove would now be ready to be used by all.

Hadeel further clarifies that she did not want all wires to confuse users, for them to feel that the glove will be complicated to use. She observed that ”people tend to lean to the cautious side when approached with new high tech products which opposes the whole principle of the glove which is essentially to make lives easier”. The glove is designed to help sign language users to be understood by people who cannot usually interpret it. 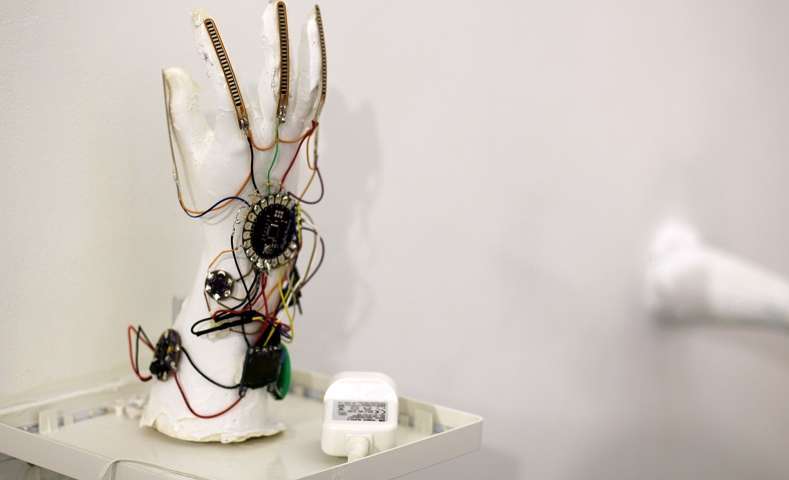 Hadeel explained that her motto was always to design for a certain cause, and usually spends time to develop products that help the community. She spoke about her niece who is an autistic four year old and does not speak. When she saw her niece communicating with sign language, Hadeel considered what would ensue if her niece attempted to communicate with other persons who do not speak sign language. This is how Hadeel got the idea to invent something that could solve this wide spread problem.

Hadeel has now been approached by many manufacturing companies to produce the glove, which would cost approx. 255 pounds, but Hadeel wants it to be made available by mass production and also wants the .students and patients to get the product free of cost from various companies and schools.