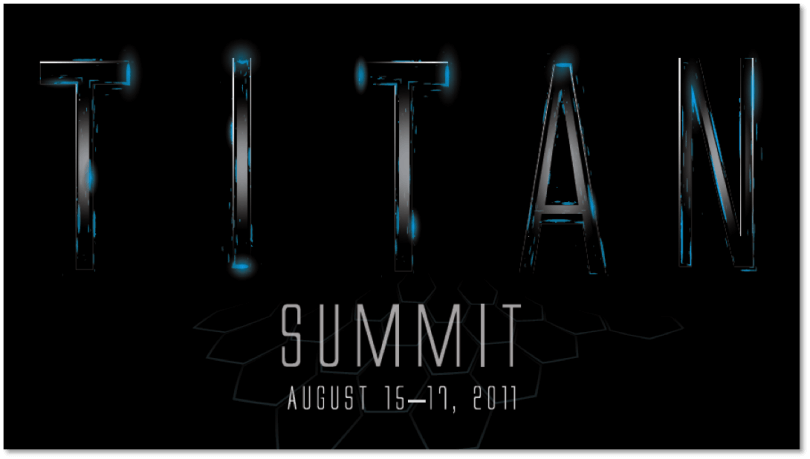 It will be the most powerful computer in the world, and it needs as much electricity a small town consumes. In Tennessee, the researchers are developing the latest supercomputer of the USA.

If you want to answer the big, really important questions of science, you need a big machine – a gigantic water-cooled computer that has 200,000 times more power than the latest laptops on the market, and the power for about 12,000 households.

Because scientists have to get rid of more and more data, they have to use their computers, too – and this requires astonishing engineering expertise, both in terms of computers and the buildings they need to accommodate. With simple laboratory PCs the countless data can not be processed which describe the climate change. It needs more for today’s gene, drug and material research. Exactly these complicated data soon circulate through the circuits of Summit.

Summit – the supercomputer will have five to ten times higher computing power compared to its predecessor Titan. Oak Ridges Titan supercomputer will continue to run only one year. Not that something was wrong with it, but its five years of life make him into an old machine. Summit will follow it: The inner cells are being equipped with so-called knots. While for Titan, each of the 18,688 nodes consists of a CPU core and a GPU core, Summit per node will have two CPUs, each with six GPUs.

Such a GPU must be imagined as a turbocharger for the CPU. Not all supercomputers use such a setup called “heterogeneous architecture”. But those who do it get a regular boost: Each of the 4600 knots in Summit can produce around 40 Terraflops. At full power, the new computer comes with 200 petaflops. To understand: A petaflop equates to approximately one billionth per second. “We want our research teams to take advantage of all these GPUs, which is our mission,” says Operations Manager Stephen McNally.

This supercomputer takes a lot of energy and provides for an enormous heat. A challenge that the company Heery has to handle: to protect Summit and its home from overheating. Heery has an output of 20 megawatts, 15 of which fall on the supercomputer, which is enough energy to supply a medium sized city with electricity. “12,000 southern states with their air-conditioning systems need around 20 megawatts of energy,” compares George Wellborn from Heery. The Tennessee alone draws almost 20,000 megawatts of 19 water dams, two nuclear power plants and many other sources of electricity.

Each of the 4600 nodes of the Supercomputer Summit has to be individually cooled. For this, the computer needs a lot of water. Titan uses an oil cooling system, others drown the electronics in a bath of oil. “Each one of these nodes has a cold-plate technology where we pass water through a top plate,” says Jim Rogers, one of the directors.

Interestingly, it is not ice cold water – it has a pleasant 21 degrees Celsius. If the temperature were reduced too much, dew would form, which would damage the computer. “You need high flow rates to remove heat,” explains Rogers. Approximately 30,000 liters per minute. “This is a good exchange between energy efficiency and costs.”

Summit still needs some development steps before it can deal with significant science. After that, however, one of the most impressive devices of mankind will take up its service and at least be equal to other supercomputers in the world.