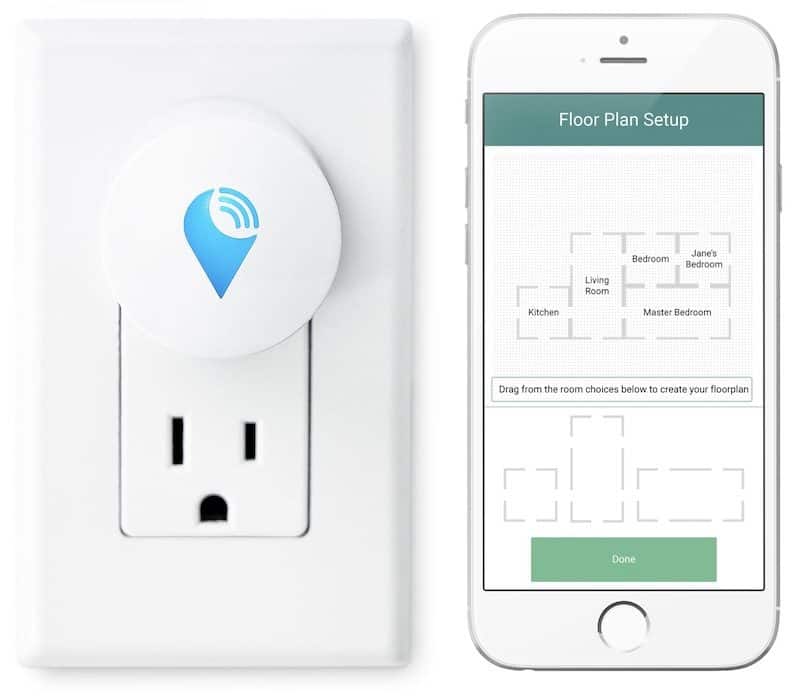 This year CES 2017 has brought two new revolutionary products TrackR Pixel and TrackR Wallet2.0  in the tracking devices category by TrackR. TrackR is a start-up which creates such tracking devices that prevents the loss of varied things for the consumers. It tracking devices are powered by the Bluetooth technology and a GPS functionality to pinpoint the exact the location. These devices will feature the Altas support which happens to be a plug-in hub allowing users to map their home in a bid to easier locate lost items.

TrackR launched two of its tracking devices right before the beginning of CES namely TrackR Pixel and TrackR Wallet 2.0. The first devices in this list is a simply an affordable version of its premium TrackR Bravo. It comes loaded with the best features of the Bravo but it doesn’t brings the premium aluminium casing rather comes in plastic casing. In order to make it more trendy TrackR Pixel’s plastic casing will come in more than nine different colours with an LED light. It is priced at $24.99 while the premium version TrackR Bravo $29.99.

TrackR Wallet 2.0 is thinner than Pixel and it huge upgrade overt it predecessor. This product is exactly shaped like a credit card which makes it easier to slide in a physical wallet. It comes with replaceable batteries and help in locating the lost wallet with ease and grace. It has been priced at $29.99 and it will start shipping during the spring. Both of these devices are designed to locate missing items or misplaced items from a distance of 100 meters through a Bluetooth connectivity.

TrackR has launched a slew of devices at CES working on its recently announced Atlas platform which includes TrackR Pixel and TrackR Wallet2.0. Atlas is actually a Bluetooth enable Wi-Fi plug which acts as the main hub for TrackR. Its job is to assist TrackR products in locating all the items which are connected to its devices for efficient tracking.

TrackR has invested hugely in developing Atlas which an aim of improvising its location mapping techniques to increase the potential of its tracking devices TrackR Pixel and TrackR Wallet2.0 . It is extremely easier for the consumers to plug the Atlas in any of the home’s socket and TrackR Pixel will work swiftly to locate devices on the go. Another big advantage of the Alas is that it keeps a log of the items which are set for tracking purpose as they move around in the house. In short it keeps a timestamp record of those items as that item enters or leaves the room.

TrackR Atlas comes with the support for Amazon Alexa which allows users to issue voice commands to their Echo speaker in order to locate any misplaced item. The support for the TarckR Pixel devices came after an investment on the part of Amazon in a bid to improve the capabilities of Alexa. Consumers will have to shell out $39.99 for pre-ordering the TrackR and it will start in the spring time.