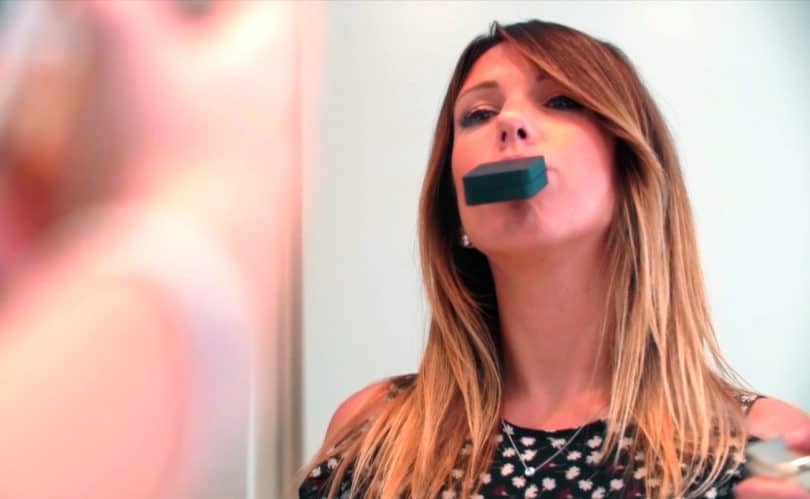 No less than a revolution in toothbrushing promise the developers of the Unico Smartbrush. At Kickstarter their project is, therefore, a huge success. The developers promise not only a time savings, but also more thoroughness compared to conventional brushing.

Its funding target was $ 75,000 for Unico’s Kickstarter campaign, which earned 900,000. The concept has apparently convinced many people to invest $ 99 or more: Instead of a simple toothbrush, users of a Unico Smartbrush bite into a splint full of brushes, which then cleans all teeth at the same time as nozzles distribute a special toothpaste.

The process of cleaning teeth with this innovative Unico Smartbrush should take only three seconds. Nevertheless, according to their developers, the high-tech toothbrush is more thorough than conventional teeth cleaning: on average, a human being brushes every tooth surface for only 1.87 seconds with 32 teeth and a three-minute brushing time – with Unico it’s a full three seconds. Then the Mouth Unit of this Unico Smartbrush is removed from the power unit and disinfected in a docking station with UV rays.

The inventors of the Unico Smartbrush are likely to be on a profitable business model should their toothbrushes work as well as advertised. Not only do users need a special toothpaste that can flow through the nozzles of the mouthpieces, but the mouthpieces have to be bought as wearing parts from time to time. In order for the whole family to benefit from this, more than three people will need several UV docking stations and growing children will regularly need new Mouth Units, which will be manufactured in four sizes.

The bizarre-looking project seems to be of great interest. However, some statements from the Kickstarter campaign, such as the daily sterilization of the tongue surface by the special toothpaste or the eternal life of lithium-ion batteries, are likely to cause skepticism. How the device beats in practice, can find the pre-order after delivery, which is scheduled for February 2018.