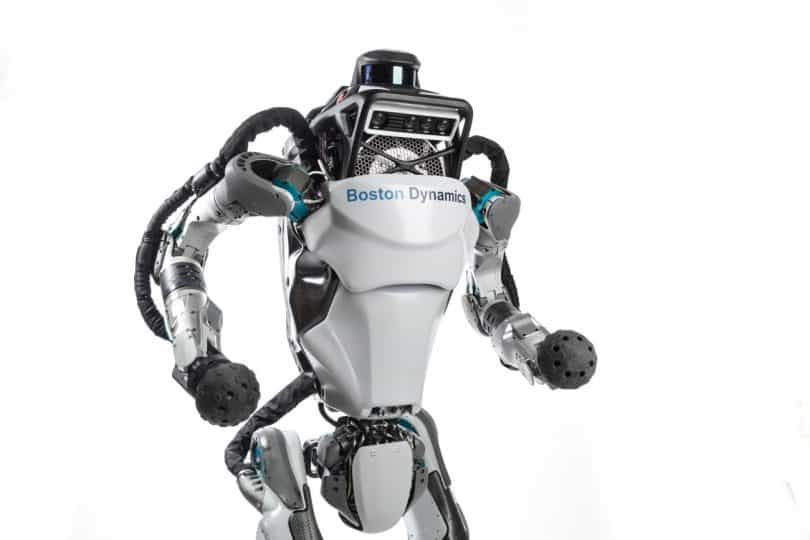 Atlas, The Robot developed by Boston Dynamics, it represents a step forward in the development of humanoid robots.

Atlas is 1.5 meters tall, weighs 75 kilograms and, despite his skills, he is not a budding Olympic gymnast, but a robot. Atlas, humanoid-looking, has been developed by the robotic engineering company Boston Dynamics, which has just presented its new skills. These have made Atlas a real viral phenomenon in social networks.

If at the beginning, when Atlas was presented back in 2013, was able to walk in a way similar to what human beings do and handle tools, in the last four years they have updated and evolved Atlas and this biped robot is capable of face irregular terrain, jump from one platform to another -even if they are at different heights-, execute 180-degree turns and … the great feat, which highlights Atlas revolutionary capabilities: it can perform back flips and, with a perfect execution, falling on your feet, totally balanced.

It is not trivial to achieve backward leaps. This is an important improvement, because although these capabilities of a bipedal robot that walks, jumps and can do a hundred thousand watermarks is something that we are used to seeing in science fiction movies – there is more to remember, for example, ‘Yo , robot ‘(2004) -, in real life, getting a machine to possess this type of skill is very complicated.

As proof of the difficulty of achieving something like this, you can take a look at videos of the Darpa Robotics Challenge (DCR) contest, held from 2012 to 2015, which aimed to develop semi-autonomous ground robots that could carry out complex tasks in scenarios extreme for the human being, in disasters and humanitarian emergencies. In them, you will see that some robots had a really bad time to maintain verticality at certain moments.

The Atlas project was funded in the past by the Agency for Advanced Project Research in Defense (Darpa), precisely within the framework of the DCR challenge. Then he was 2.25 meters tall and weighed 150 kilograms, and his hands could manipulate tools, but he had a lot of room for improvement, for example, in terms of balance and mobility. So in the last four years since Atlas introduction, Boston Dynamics has increased all Atlas abilities.

If in this video of Boston Dynamics, of just 54 seconds, we can see it exhibit an unprecedented ability in a robot, jumping on platforms of different heights, giving the already famous somersault backwards and raising arms in victory, in another, also recorded by Boston Dynamics, Atlas appears hiking to the forest, walking without problems on a ground covered by snow, and rising alone, without any help, when he is thrown to the ground.