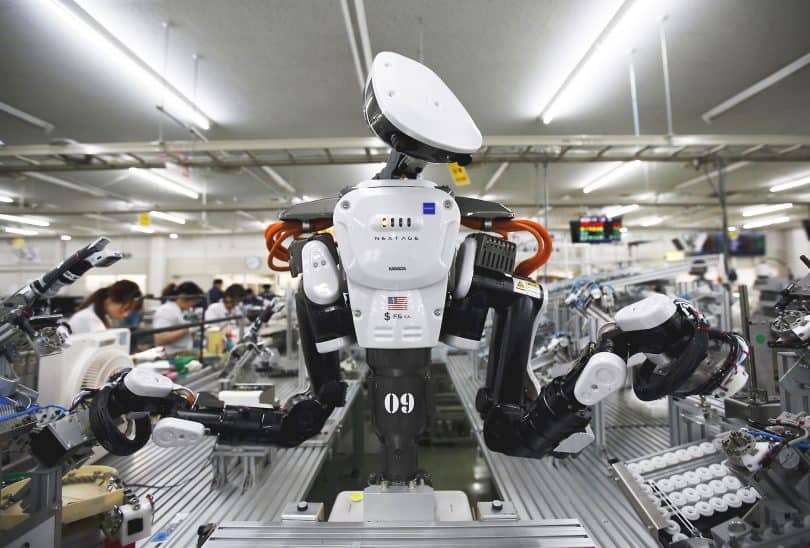 The future of robotics and Artificial Intelligence are two closely related fields and a good part of the future of the development of humanity will depend on them. What do we know about it until now? In a future that is getting closer, there will be robots with their own artificial intelligence that, without the need for direct instructions from people, will be responsible for certain tasks. It sounds very futuristic, but the reality is that this is much closer than we think. We are talking about robots that will be able to occupy many jobs until now entrusted to humans, robots that today are already well trained: the next big step of progress?

What could I do, today, a robot?

Although we talk about something of the future, there are actually robots already well trained to work in today’s world. In terms of intelligence, we know that there are AI capable of reaching the IQ of a 4-year-old child (although they are still far from reaching adult scores) or of passing the entrance examination to a Japanese university.

This intelligence, in practice, can be applied to things as banal (but not insignificant) as winning the Go world champion, but also has more common practical applications: this robot, for example, is an excellent assistant nursing, this AI is able to write press releases and the Google autonomous car already passes the driving test. And of course, these are just some examples; almost any human activity is likely to end up being achieved by a robot sooner or later.

So, what will we work on?

In a future in which robots are responsible for practically all manual work and also for many intellectual but procedural activities, the labor market will undergo a tremendous change. Many people will live how it becomes dispensable for their company because a robot can do the same for much less money (the manufacturing and maintenance, basically).

However, in the future, new job opportunities will also emerge: according to the United States Department of Employment, 65% of the jobs occupied by people within ten years are not known today. What we do know is that they will be positions that require the most difficult qualities to imitate by a robot: creativity, communication, social skills and data synthesis. Of course, the development of the AI will also be a very busy field (until one day, the best AI developers are other IAs).

In any case, not everything will be jobs that go from man to machine, at least for the moment. Mercedes-Benz, for example, has decided to replace machines with people in its assembly line due to the flexibility offered by a person in front of a robot.

Is there anything to be afraid of?

It is undoubtedly the big question that many people ask about what robots can mean for humanity. Should we be afraid? The answer is no; Fear is a brake on development, but not having much respect and caution would be imprudent. Elon Musk, who, by the way, is also working on artificial intelligence, made some very interesting statements about it (which actually do give a little bit of fear, but that you have to take into a context and a way of thinking).

What is clear is that creating robots and already capable of killing people is not by far the right way or the most prudent.

The moral debate of the future of robotics

It is also important to take into account all the moral debate that artificial intelligence will bring once it is sufficiently developed. There will be those who begin to demand rights for robots as intelligent beings. We have already seen some examples of this: DARPA took out a demonstration of their robots in which they were repeatedly pushed and tricked into seeing what they were capable of doing. After that, many people protested the lack of empathy shown towards the robots.

It is a very delicate issue by itself, worse it is more if we think about its relationship with the subject of precautions and fear: the more freedom we grant robots, the more risk we run that they end up doing something that does not suit us anything.

There is no doubt that robots are going to be a key piece in the development and progress of humanity. The implementation will be difficult and will be full of controversy, but if things are done with caution, it will be a huge change for the better.